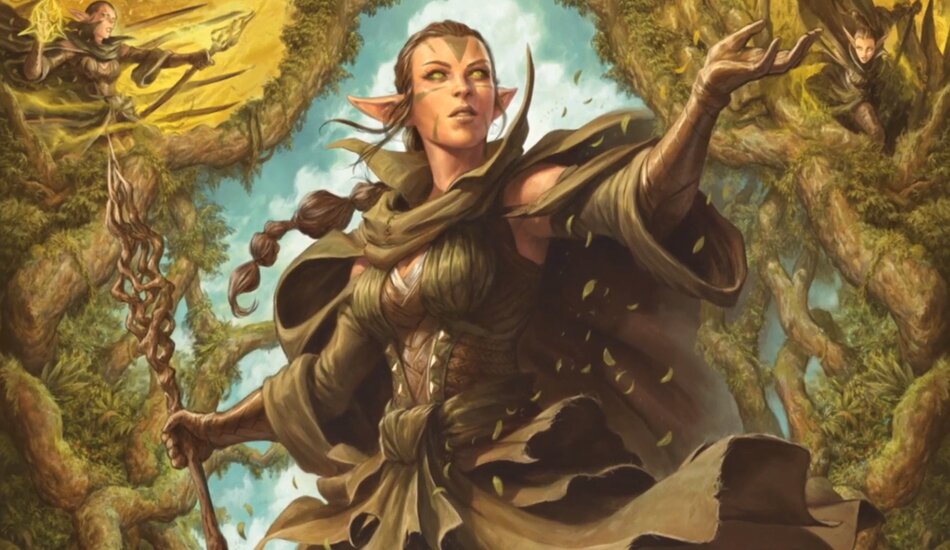 Nissa has primarily been a Mono-Green planeswalker throughout her history, with the exception of Nissa, Steward of Elements where the color Blue was added to her. Revealed as the third planeswalker in ZNR today, she’s acquired the color Black as a mana cost in Nissa of Shadowed Boughs.

As the new Golgari representative, Nissa packs a punch with her new planeswalker card in ZNR. She has a passive ability of Landfall. Whenever a land enters the battlefield under your control, you place a loyalty counter on Nissa of Shadowed Boughs.

And for the ultimate on Nissa of Shadowed Boughs, her controller may put a creature card with converted mana cost less than or equal to the number of lands controlled onto the battlefield from that controller’s hand or graveyard—with two +1/+1 counters on it. Nissa has a loyalty of four upon entering the battlefield, making it possible to activate her minus-five ultimate on the same turn.

Show off the power level of Golgari Nissa when ZNR launches via MTG Arena on Sept. 17 and tabletop on Sept. 25.