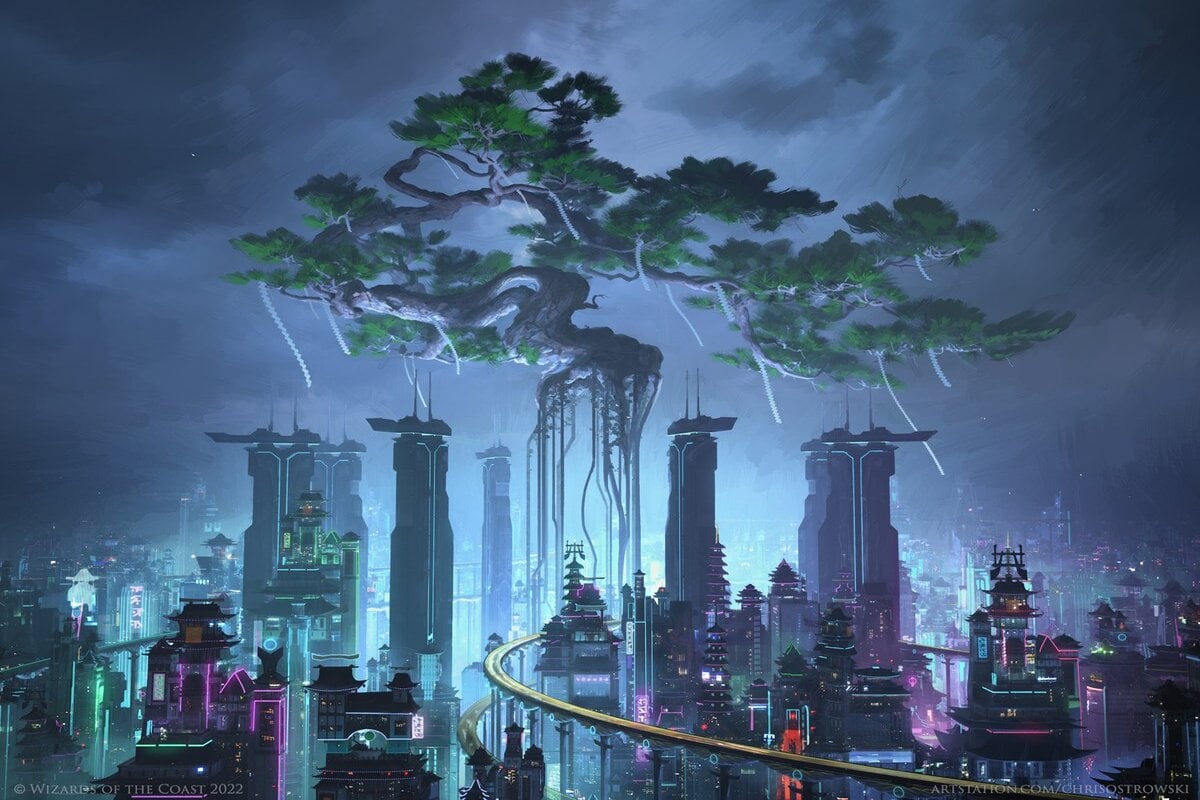 An additional Magic: The Gathering legendary cycle supporting the Limited Draft archetype within Kamigawa: Neon Dynasty was teased today with the reveal of Naomi, Pillar of Order.

The NEO set has a focus on both Artifacts and Enchantments—as opposed to one or the other—since both played a major role within the original MTG Kamigawa block. There are also fewer legendary creatures within the upcoming Standard-legal set due to the release of Dominaria United later this year.

Adding a second cycle of legendary signpost creatures supporting Limited Draft archetypes has occurred before in Magic, most recently via 10 Rare legendary creatures within the Innistrad: Crimson Vow set, alongside 10 Uncommon creatures.

Naomi, Pillar of Order won’t likely see an abundance of gameplay within Standard Constructed, although the human has potential within the Alchemy format. They will definitely get played within the NEO Limited format, as there is an abundance of Artifact and Enchantment support within the upcoming set.

The stats on Naomi, Pillar of Order are decent for a five-drop in Draft, and their ability to produce multiple 2/2 tokens with Vigilance holds a solid amount of value during the later stages of a match.

Discover Naomi, Pillar of Order, and all the NEO Limited archetypes when the MTG set releases digitally on Feb. 10. Prerelease events are scheduled to take place on Feb. 11 and a global launch is scheduled for Feb. 18.