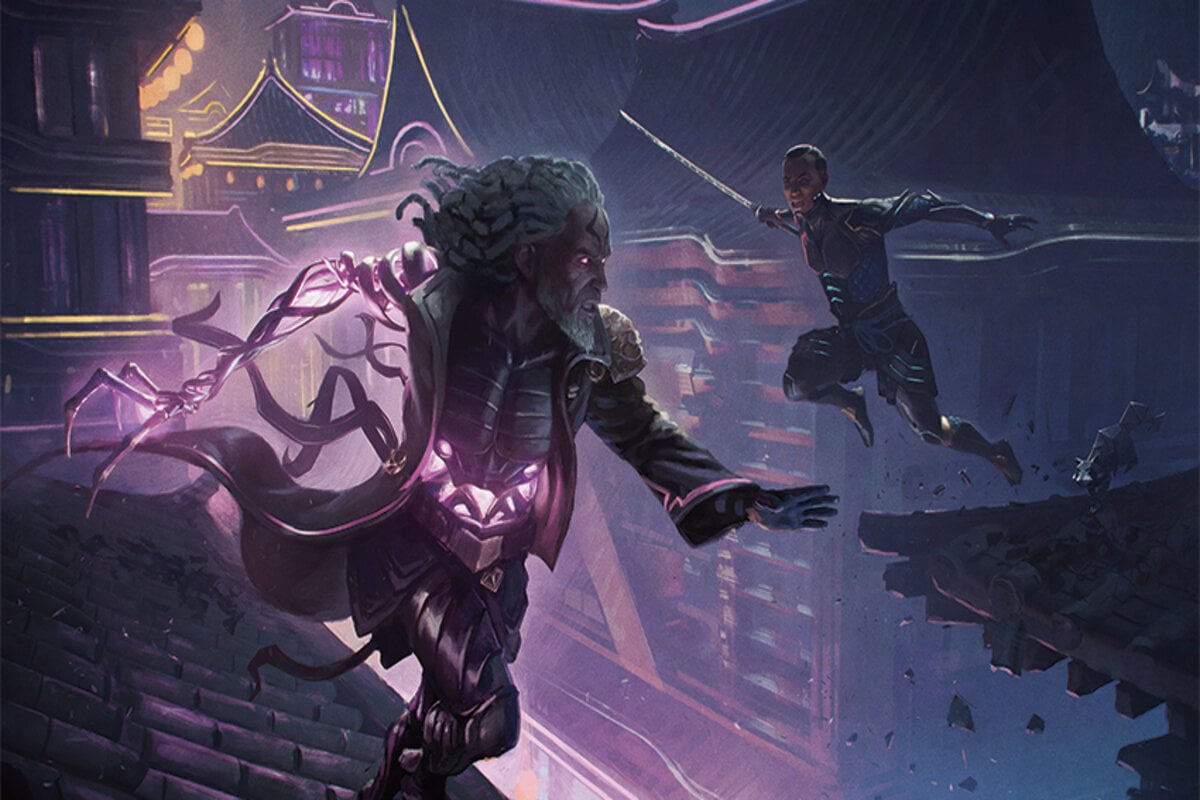 The legend rule in Magic: The Gathering is taking a back seat via a Rare Artifact contained in the upcoming Kamigawa: Neon Dynasty set.

Legendary permanents within MTG have a rule they must abide by, allowing for only one copy on the battlefield at a time. Scheduled to release digitally on Feb. 10, Kamigawa: Neon Dynasty (NEO) will include an Artifact that creates a loophole around the legendary rule.

Mirror Box, revealed today by Twitter user Lights during the first day of NEO spoilers, is a Rare Artifact that removes the legendary rule while on the battlefield and pumps the stats of all legendary creatures.

Mirror Box is a powerful addition to the Commander format, replacing Mirror Gallery from the Betrayers of Kamigawa MTG expansion. The new NEO Artifact also has potential within the Standard format in conjunction with the AFR card Bard Class.

Players can test out Mirror Box when NEO releases digitally via Magic Online and MTG Arena on Feb. 10. Commander players can scoop up the new Artifact with the global launch on Feb. 18.