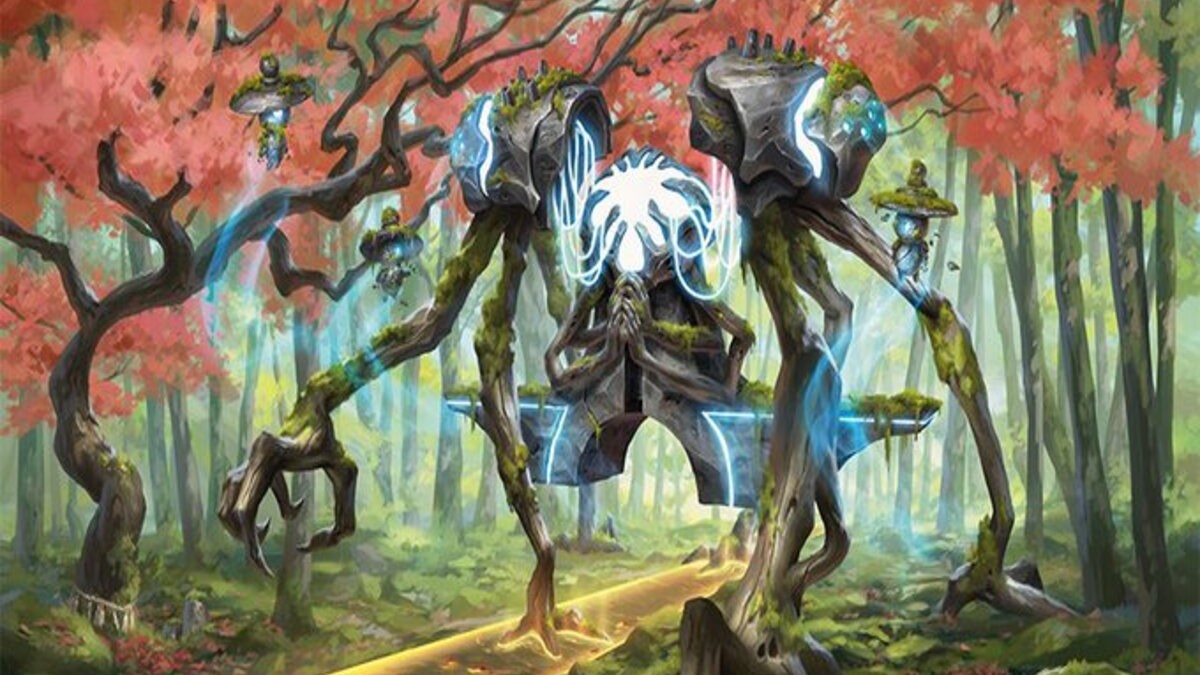 A return to the plane of Kamigawa in Magic: the Gathering completes a cycle of kami tree spirits via Kodama of the West Tree, which began with the first Kamigawa block.

Scheduled to digitally release on Feb. 10, Kamigawa: Neon Dynasty (NEO) completes the five-card cycle of legendary tree spirits called Kodama. The first Kodama appeared in Champions of Kamigawa, an MTG set that was released in 2004. Almost 20 years later the cycle has been completed via Kodama of the West Tree, a NEO spoiler showcasing the Modification mechanic that was previewed by the Dengeki Online website today.

Modification is a new MTG mechanic within the NEO set that states a card is modified when an Enchantment, Equipment, or Counter is on a permanent you control. Kodama of the West Tree empowered modified creatures by giving them all Trample, while also providing ramp when those creatures deal combat damage to an opponent.

The downside to the legendary tree spirit is its 3/3 stats, leaving it vulnerable to plenty of forms of removal across all MTG formats. Despite the fairly weak stats given to Kodama of the West Tree, the spirit is a powerful card that will see gameplay.

Having Reach blocks pesky flyers, an ability that will come in handy within the Standard format via Ninjutsu players using creatures with Flying as an evasive tool to drop their creatures with Ninjutsu onto the battlefield.  And giving Trample to all creatures you control that are modified can quickly chip away at an opponent’s life total while also providing massive amounts of ramp for a large stompy creature that can end a game in one attack.

Players can add Kodama of the West Tree to their collection with the global release of NEO on Feb. 18 and test the legendary spirit out on Magic Online and MTG Arena with the digital launch on Feb. 10.