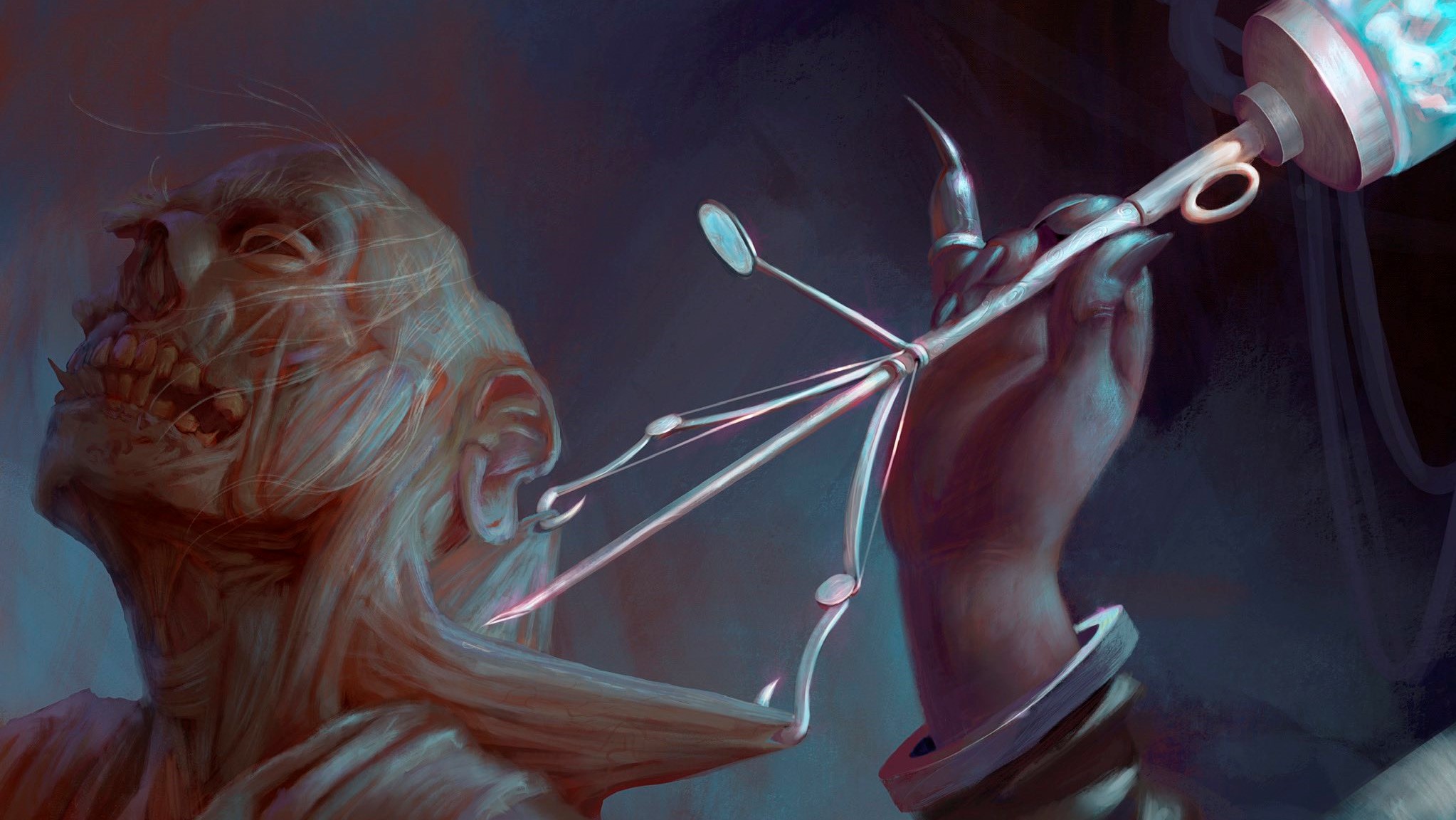 The card game Magic: The Gathering has over a hundred active terms used through a number of formats, with more getting added each year.

Created in 1993 by Richard Garfield, MTG has continually evolved over the years. There are hundreds of terms still active within the card game today, with more getting added each year via digital-only terminology in MTG Arena, along with new keywords and mechanics with each new set. As new terminology gets added, older terms and slang have either fallen off or been replaced by Wizards of the Coast.

For new players, learning all the terms and slang used in Magic can get overwhelming. To simplify the learning curve, here are the 20 most often used MTG terms and slang for both tabletop and digital.

On the most basic level, Archetype defines decks that slot into a certain style of gameplay. Aggro, Midrange, Control, Combo, and Tempo are the most common MTG archetypes. Within the Limited format, Archetype also defines built-in strategies that are applied to each new set.

Most Standard-legal sets within an MTG Limited format have a total of 10 archetypes, built around signpost creatures that support a two-color Draft archetype. Vampires, for example, were an archetype within Innistrad: Midnight Hunt and Innistrad: Crimson Vow via the colors Red and Black.

A shell is the foundation of a deck. It’s typically used in reference to a build that relies upon a specific card combo or group of cards that provide synergy throughout the rest of the deck in a specific archetype.

Creatures and spells within MTG have a casting cost represented by color and colorless mana in the top right-hand corner of the card. A pip refers to a mana symbol in the card’s casting cost. A card with a WB casting cost has two pips.

The CMC of a card is the converted mana cost. A card with a casting cost of 1UW has a CMC of three.

Each creature card in MTG has a power and toughness displayed in the bottom right-hand corner of the card. Basic stats can get increased via counters and also decreased via certain spells. Counters, Equipment, and Enchantments can permanently change the base stats of a creature while other changes only occur until the end of that turn.

The value defines what a card is worth when grading its playability within an MTG format. Most Magic cards have a variety of abilities, from entering the battlefield and leaving the battlefield to card draw and effects that have a paid mana cost to trigger them.

The MTG card Luminarch Aspirant, for example, has a solid amount of value for a creature with a CMC of 1W in that it adds a +1/+1 counter to a target creature you control at the beginning of combat on your turn despite only having 1/1 base stats.

Mana curve breaks down the number of spells in a deck according to mana cost. When crafting a 60 card deck, there are typically around 24 lands, each providing one source of mana. Only one land can typically get played on that player’s turn. To play “on curve” is to have a creature or spell that you are able to play each turn.

Mana curves can vary depending on the deck archetype, with Aggro builds wanting more low-cost creatures and a small amount of non-creature spells. An Aggro creature deck won’t typically have any spells that cost five or more in a build.

Within the MTG Limited Draft format, the standard practice towards building a 40 card deck with a strong mana curve includes 16 creatures, seven non-creature spells, and 17 lands—with the most cards at two mana, descending slightly as the mana increases.

A mana dork is a low-cost CMC creature that can produce mana, typically by tapping. One of the most popular mana dorks in Magic is Llanowar Elves, a 1/1 creature that can tap to add one Green mana to your mana pool for that turn.

Mana rocks are Artifacts that provide additional mana. The Artifact Sol Ring is a popular mana rock within the Commander format, producing two colorless mana when tapped, and has a CMC of one colorless mana.

Often used within the Sealed and Draft Limited format, players will “splash” a color that is not represented in any of the other cards within that deck. Mana dorks and mana rocks are tools typically used when splashing a second or third color into a deck.

A bomb is a powerful card that stands out above the rest of the cards in a Magic format. The term is typically used within the Limited format to describe a creature or spell that a player will want to craft a deck around. Bombs usually have a rarity of Mythic Rare or Rare, but can include cards with a lower rarity.

Bread is an acronym that stands for bomb, removal, evasion, Aggro, and dud. The acronym is used to describe the order in which players should pick cards in a Draft format, with bombs being a first pick and duds saved for the final picks.

The Magic term wheel is used specifically within the Limited Draft format. Players will not pick a card from a pack with the hope that other players in their pod will also choose to pass on that card, resulting in it “wheeling” back around for a later pick.

Chaff is a Magic term used to describe cards that aren’t worth putting in a deck. Within the Limited format, these cards are often referred to as Draft chaff, also known as duds.

Cantrip is an ability found on MTG cards that “draw a card.” Uro, Titan of Nature’s Wrath, for example, is a powerful creature that can “draw a card” upon entering the battlefield or upon attacking.

MTG is a game of skill that involves outplaying your opponent. To “bait” an opponent is to play a card that you expect they will counter or remove, prior to playing a more powerful card during the same turn.

To mill involves putting cards from a player’s library into the graveyard. Milling an opponent’s cards will result in no cards being left in the library. When a player can’t draw a card from their library because it is empty, they lose the game.

A self-mill deck will want to put your own cards from the library into the graveyard, capitalizing on cards with graveyard abilities such as Flashback—a paid mana ability that allows you to cast a card from the graveyard. Players can also use self-mill strategies to put expensive CMC cards into the graveyard with the ability to bring them onto the battlefield for free with a card like Olivia, Crimson Bride.

Sorcery speed spells, which include most creature cards, can only get cast during that player’s turn. Instant speed spells can get played at any point when a player has priority, often in response to an opponent casting a spell or choosing to attack. Creature cards that can get cast at Instant speed have the keyword Flash.

Some cards in Magic have abilities that state a creature “can’t be blocked.” This is evasion, an ability, or keyword like Flying, that lowers the chances of an opponent blocking your attacking creature.

Fetch is a Magic term used to describe a land, like Fabled Passage, that sacrifices itself to find another land. Players can also Tutor a card, searching for a specific card in their library via a card like Demonic Tutor, allowing them to put the card from their library directly into their hand.

Seek is a digital-only term used specifically within MTG Arena. It’s a spin-off of Tutor that pulls a random card from a player’s library as opposed to a specific card.

Burn is a term used when direct damage to an opponent’s life total is applied. The MTG card Lightning Bolt is often described as one of the best burn cards in the card game’s history, dealing three damage to any target with a CMC cost of only one Red mana at Instant speed.