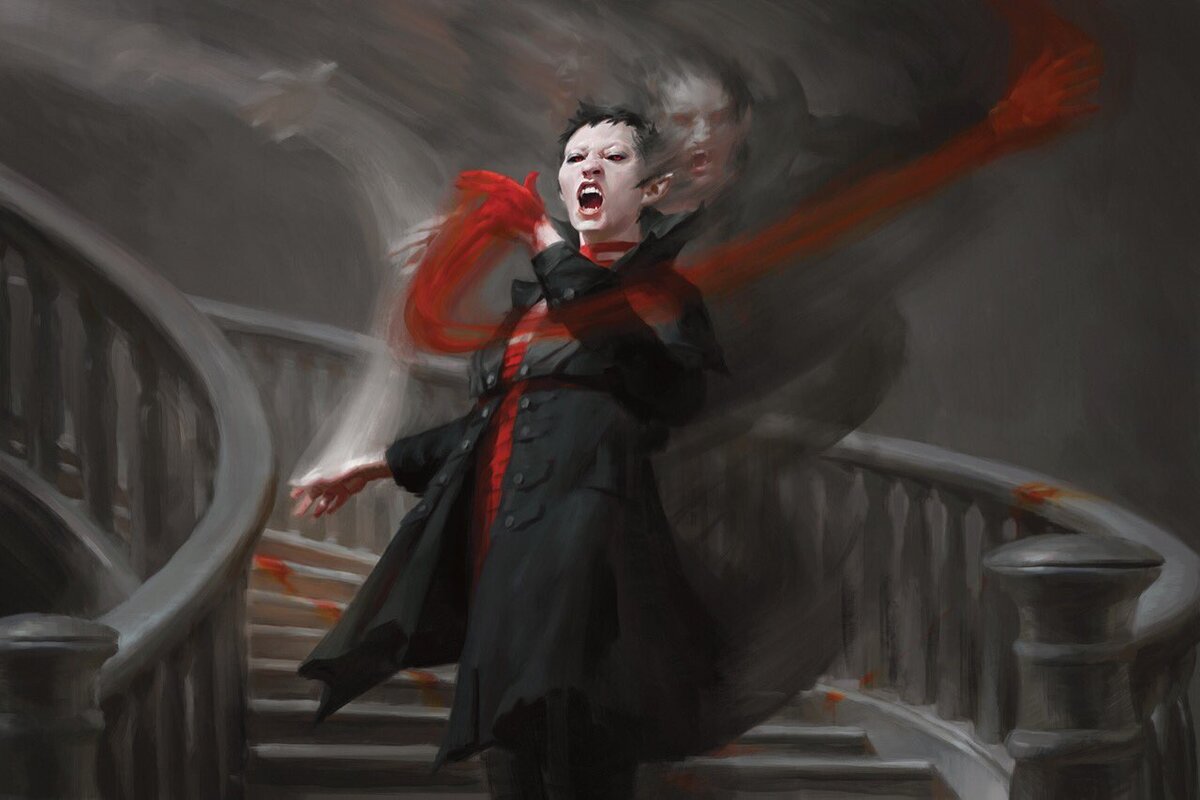 Wizards of the Coast has upped the ante on what you can expect from Magic: The Gathering Arena by introducing a new exclusive format to the digital experience called Alchemy.

Along with a new set of cards, Alchemy: Innistrad, the MTGA-exclusive format has a number of mechanics that you won’t see in the tabletop version of the game.

There are a few previously introduced digital-only mechanics like Conjure, Perpetually, and Seek, which were added through Jumpstart: Historic Horizons. Additionally, Party, which was added in Zendikar Rising, will be a part of the format and its set.

Along with those, WotC is introducing an entirely fresh concept to the digital-only experience in the form of Spellbooks that allow players to draft specific cards from outside of the game in the middle of a match.

Here’s a list of the MTGA digital-only mechanics and how they’ll work.

The Spellbook mechanic is one that’s new to Alchemy: Innistrad. There are eight cards in the set that use the mechanic in some capacity.

Whenever you activate a spellbook ability or one is triggered, three cards from the specific spellbook that you triggered will appear and you’ll be able to choose one. In most instances, that card will go to your hand. But in some instances, that drafted card will be put into exile and you’ll have the opportunity to cast it from there.

Each of the eight spellbook cards has its own set of specific cards that you’ll draft from when the spellbook mechanic triggers. They can be viewed by right-clicking that card.

Conjure is similar to making a copy or a token of a spell or creature. But instead of adhering to the rules that a token or copy would, it’s treated as if it is its own card that was added to the game. A conjure card doesn’t even need to be in someone’s sideboard.

There are 16 cards that include the ability. Approximately one-third are White and another third are Blue. There are four Black cards with Conjure and only a couple in Red and Green.

Conjuring has varying degrees of power depending on the card using it. Cards can be conjured to your hand, library, graveyard, and battlefield.

Most spells that Conjure create a very specific card. Tome of the Infinite is the only card WotC has released that Conjures more than one spell and the spell it creates is random, going to a player’s hand.

This is the most-used of the digital-only mechanics, appearing on 37 cards. And as you might expect, it makes a certain effect remain on a card no matter what happens to that card.

“Perpetual effects and counters are not removed from cards that change zones,” the reminder text of the ability says.

So if a card in your hand perpetually gains Haste, it will have Haste when you eventually cast it. And if it dies, it will keep that keyword while in the graveyard.

If you’ve played any amount of Historic on MTGA, you’ve likely seen a Mono-Green elf deck play a creature that allows them to “seek an elf card.”

Seek is effectively a randomized Tutor ability. When Seek is triggered, MTGA randomly selects a card in your library that fulfills the Seek requirements and puts it in your hand.

The randomization of the ability serves as a form of balance in many instances where just giving players the power to control the card they Tutor might be overpowered.

A Party in MTGA refers to a group of creatures that can include up to one Cleric, Rogue, Warrior, and Wizard. The concept is closely tied to the Dungeons and Dragons roots of Wizards of the Coast.

Cards that mention a Party can have any number of effects on creatures that could be included in a party. A “Full Party” is achieved when a player controls four creatures that fill the Cleric, Rogue, Warrior, and Wizard roles.

Creatures can’t be counted twice in a party. A Cleric Rogue, for instance, could be a Cleric or a Rogue, but it can’t count as both at the same time in establishing a Full Party. You must have four creatures for a Full Party to be achieved.

New to Alchemy: Kamigawa, Intensity is only on a couple of cards, but it is used as a way to perpetually track a number on a specific card that can change based on specific actions.