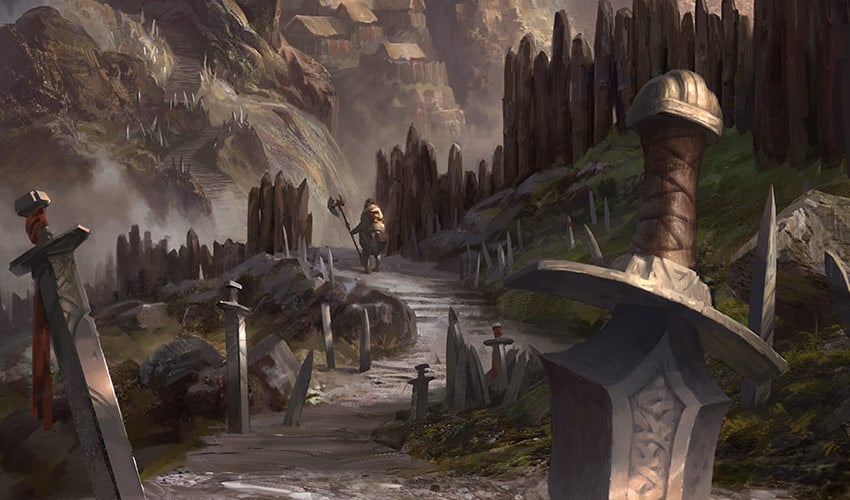 Wizards of the Coast CEO Chris Cocks reported an increase in revenue for Magic: The Gathering in 2020 and revealed a new product called Universes Beyond, according to reports from the Hasbro investor event.

MTG has around 40 million players who helped increase 2020 revenues by 23 percent. In addition to revenue and operating profit growth, WotC has plans to move “beyond their network of local game stores to explore direct-to-consumer channels,” according to Cocks. WotC uses products like Secret Lair drops as a means of direct-to-consumer sales and may add other forms in the future.

Cocks also revealed that WotC has over a dozen games in development. Some of these games will slot into “fantasy-adjacent brands in the next few years” while others are a part of Universes Beyond—a new product class that’s adding “fan-favorite brands” to MTG.

“The Warhammer 40,000 Commander decks, for example, will be available everywhere we currently sell Commander decks, as will The Lord of the Rings product,” WotC said following the Hasbro investment call. “We may occasionally do associated Secret Lair products related to the main release, like the Secret Lair Godzilla lands when Ikoria: Lair of Behemoths came out. There will also be the occasional standalone product like The Walking Dead, but the intention is to typically make Universes Beyond as available as any other Magic product.”

WotC has been slowly expanding the Magic universe over the course of 2020 and into 2021. Direct-to-consumer sales were generated by Secret Lair drops while MTG Arena continues to grow with an official launch of mobile on Android and iOS between April and June. Magic’s next Standard-legal set, Strixhaven: School of Mages, is scheduled to be released on April 23.