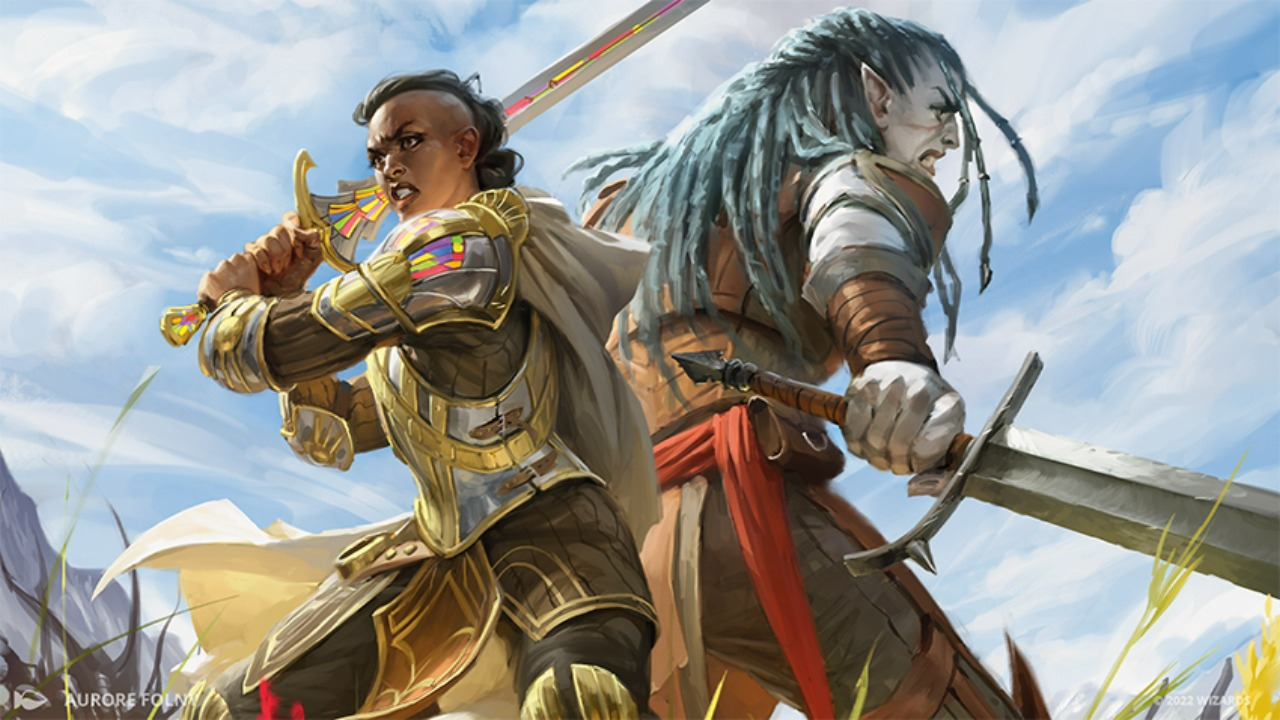 From Commander to Standard, Voltron strategies center around buffing one threat and winning the game through combat damage. The archetype is able to present threats that can’t be matched in combat but crumble in the face of removal-heavy decks.

In recent years, Voltron decks have been gifted creatures that generate value outside of attacking, making the decks less fragile. Cards like Halvar, God of Battle // Sword of the Realms help the strategy fight through removal and generate value.

The original Dominaria had a major Aura and Equipment theme. That trend is followed up by Dominaria United introducing a new Voltron legendary creature Danitha, Benalia’s Hope. She combines a keyword-soup body with an ability that cheats cards into play, providing a new option for go-tall White decks.

This five-mana threat is similar to Danitha Capashen, Paragon from Dominaria. Both are Voltron legendaries that make it easier to put Aura and Equipment cards on them. Danitha, Benalia’s Hope is a more sudden threat as a 4/4 creature with three excellent combat keywords: first strike, vigilance, and lifeline.

Danitha is a strong way to cheat expensive equip costs. In eternal formats, cards like Embercleave and Colossus Hammer will turn Danitha into an immediate clock threatening to end the game within a turn.

Pioneer Hammer Time is a fringe deck that could use several new cards, including Danitha, from Dominaria United to establish itself further in the format.

Standard has less access to obviously powerful Equipment and Aura cards compared to other formats. With her 4/4 body and keyword abilities, simply equipping a Lizard Blades to give her double strike is a good play. Other cards that can synergize well with Danitha are Nurturing Presence and Lion Sash.

Dominaria United drops digitally on Sept. 1, followed up by a tabletop release on Sept. 9.