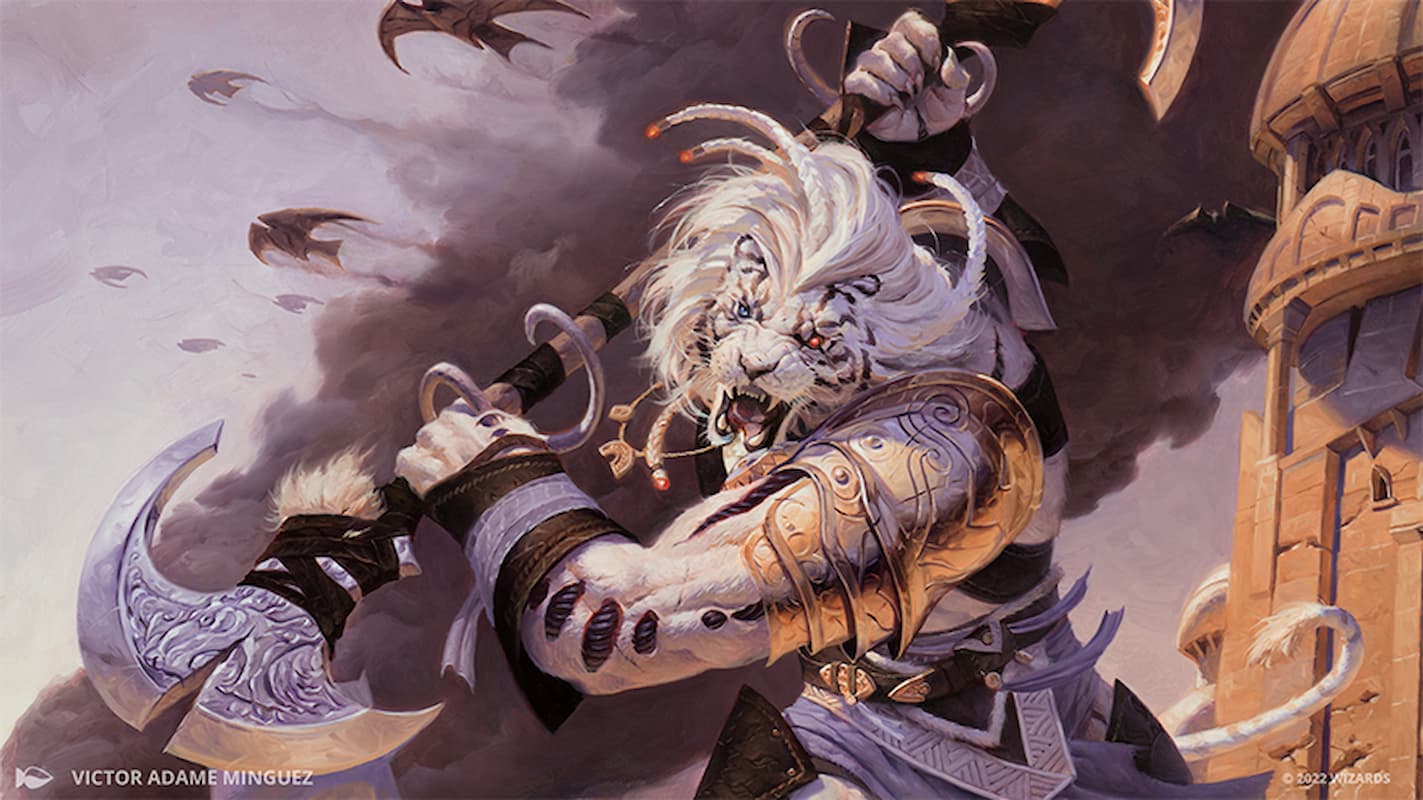 A Multiverse war with the Phyrexians is coming to Magic: The Gathering, with the planeswalker Ajani turning to the enemy ranks as a sleeper agent in Dominaria United.

The Phyrexians are stepping up their ranks by Compleating planeswalkers. Tamiyo was the first MTG planeswalker to fall to the Phyrexians in Kamigawa: Neon Nights, while others have been Compleated as well behind the scenes, according to WotC during Wizard’s Presents. The newest planeswalker to take on the Phyrexian oil is Ajani in Dominaria United (DMU), acting as a sleeper agent to expose the plans of Karn and crew.

Ajani Goldmane a Leonin from Alara that is a planeswalker of the Gatewatch. The DMU story has Ajani on the plane of Dominaria seeking to help Karn in his discovery of the Phyrexians. But somewhere between the first and second chapters, Ajani becomes a sleeper agent. 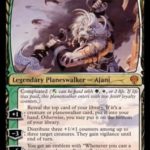 Poison counters return to Standard with Ajani, Sleeper Agent’s ultimate. Attaching to players and not cards, a player loses the game upon accumulating 10 or more poison counters. The Compleated planeswalker also has an alternative casting cost, similar to Tamiyo, Compleated Sage.

Players can opt to pay either Green or White through the hybrid cost in addition to 1GW or pay two life, resulting in two fewer loyalty counters on Ajani. The minus-three loyalty ability is thematically Ajani, pumping up creatures’ power and toughness while providing them Vigilance and the plus-one synergizes with creature-heavy decks, fetching them from the library to hand.

Players can test out Ajani and the rest of the Dominaria United cards when the Magic set digitally releases on Sept. 1 or through the global launch on Sept. 9.