Beware of the fakes in circulation. 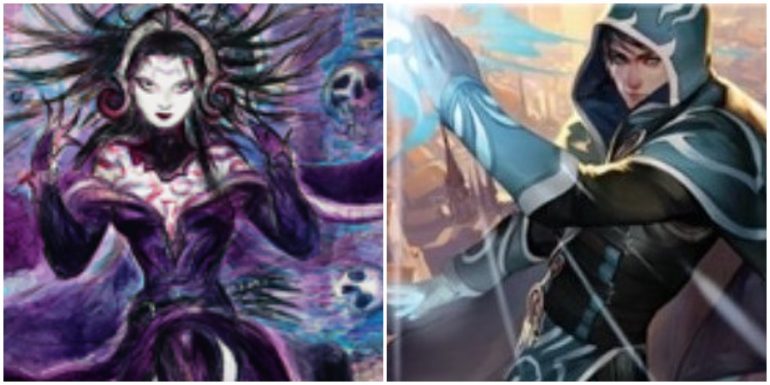 Image via Wizards of the Coast MAgic: The Gathering

A dealer in Japan has discovered multiple fake foil War of the Spark Japanese alternative-art planeswalker cards in circulation and has informed potential buyers what to watch for.

During the War of the Spark release, Magic: The Gathering ran a promotion featuring alternative-art planeswalkers illustrated by popular Japanese artists. The demand for these Japanese foil planeswalkers skyrocketed, with the Liliana, Dreadhorde General foil selling for around a $1,000.

Because the demand for the WotS alt-art planeswalkers is so high, fakes have reportedly begun circulating in the MTG community. A dealer in Japan recently discovered several fakes and posted them to Twitter, warning potential buyers to look out for the fake foil planeswalker cards.

Non-foil cards receive a dot as opposed to the star after War and the newer prints have an embedded holo stamp.

It’s not unheard of for fake MTG cards to circulate online or through physical dealers. But when cards reach a worth of almost $1,000 and are mostly being sold online, potential buyers should examine what they’re buying in person while knowing what to look for.

Wizards of the Coast hasn’t confirmed that these fakes are in circulation, but the MTG community should be cautious when purchasing the WotS Japanese alt-art foil planeswalkers.