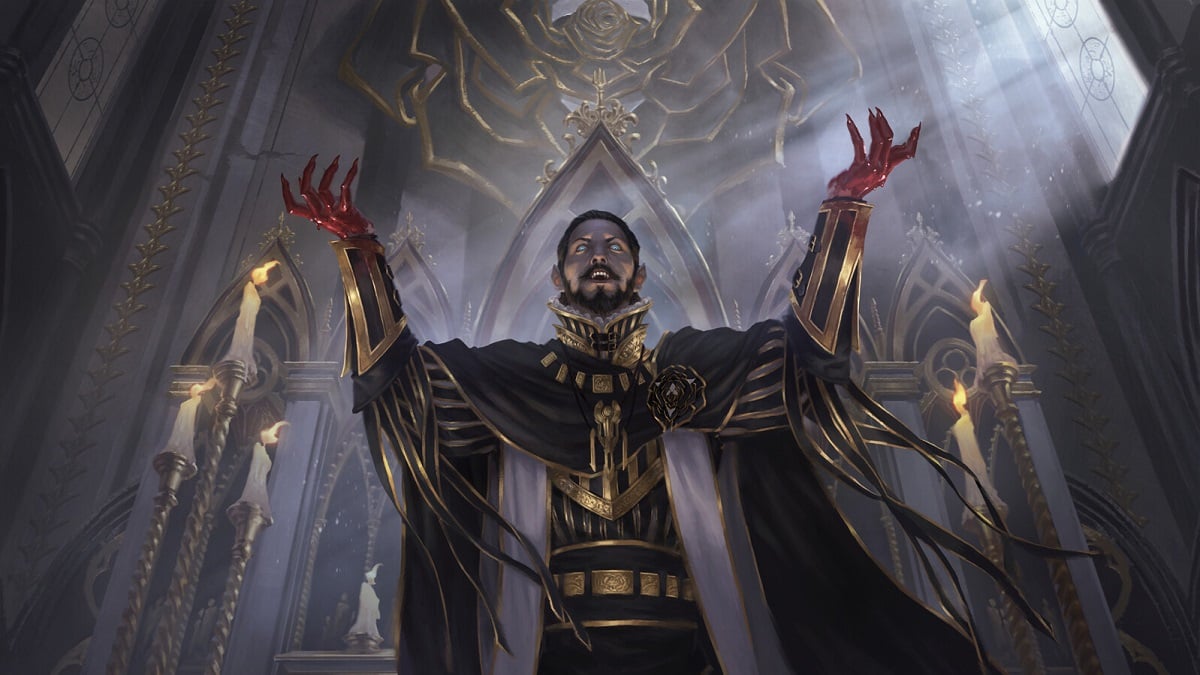 Magic: The Gathering is primed to launch its most recent set, Core Set 2021 (M21), and that means there will be a plethora of new cards to play with and draft around.

Topping the list is Black’s best Common removal spell, Finishing Blow. It can hit just about every threat you’ll be facing (at instant speed), and at Common this should be a high pick for every Black player. Just note the high cost; this will likely be all you do the turn you cast it.

In classic Black fashion, Goremand makes both players sacrifice a creature, but you get a much better end of the deal—in this case, a massive Demon with Flying and Trample that can swiftly end the game. Note that if you reanimate this creature, you don’t even have to sacrifice a creature!

Grasp of Darkness is more great instant-speed removal but significantly cheaper than Finishing Blow. It won’t kill planeswalkers or big creatures, but it definitely helps maintain control of the game. Don’t be afraid to fire it off mid-combat to take down something big, and note that it can take down indestructible creatures as well.

This powerful sorcery is anything but a Bad Deal, so don’t let its name scare you. While situational, this ideally will let you reload your hand and deny your opponent some powerful cards late in the game. The life loss likely won’t have a huge impact but can potentially win the game outright. Just don’t wait until your opponent runs out of gas and has no cards in-hand.

Eliminate is yet another powerful instant-speed removal spell—Black is getting a lot of tools in M21. Eliminate plays a great role controlling the early game. Save it for when your opponent unloads an Aura or combat trick and you’ll find yourself at a significant advantage heading into the mid-game.

Liliana’s Devotee is a terrific token generator. Its setup cost isn’t prohibitive and when it makes a token, it even makes the token more powerful. It synergizes with other cards in the set and it even stacks with itself, so multiples only make it more fantastic.

Malefic Scythe, at worst, is a slightly more expensive Short Sword, but at best it’s a Colossus Hammer with a rock-bottom equip cost. This card takes some work to get going but has value even with a second soul counter on it. This is a great way to hedge against removal (since the scythe just gets bigger) and will eventually secure your endgame.

This Hill Giant variant is a lot more powerful than it looks. Most opponents will assign blockers based on keeping most of their creatures alive, often leaving them at a single damage short of death. Skeleton Archer cast in a post-combat main phase should easily be able to take down something big, and it leaves behind a 3/3 body to rumble further.

Freebooter is a reprint and solid hand control. Often, this will eat a removal spell, but that’s exactly the point; it’s cheap and gives your bigger threats free reign. Plus, as a 1/2 flyer, it can attack relatively easily and can even chump block a problematic flyer in a pinch.

The sanctum cycle gets significantly better with each sanctum you have on the board, but Black’s sanctum actually holds its own quite well. It’s functionally similar to Limited favorite Ill-Gotten Gains, but is a lot cheaper with the tradeoff of having no activated finisher. If you can pair this with another sanctum, it gets a ton better.