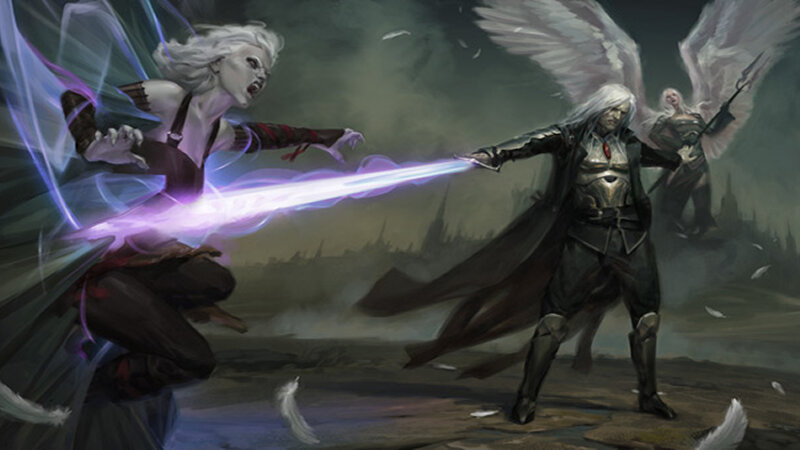 Strengthening themes throughout Magic: The Gathering formats, M20 set is bringing Vampire decks back into the forefront of popularity. Containing 280 reprints and new cards, Core Set 2020 is exceeding the expectations of many in the MTG community. With it’s latest spoil drop, Sorin, Imperious Bloodlord has Vampire players thanking the gods.

Costing only three mana (one black) to cast, Sorin, Imperious Bloodlord is a Mythic Rare planeswalker with insane loyalty counter abilities. His plus one gives a target creature plus one/plus one with deathtouch and lifelink until end of turn. And if the target is a vampire, it also gets a plus one/plus one counter.

In addition, Sorin Imperious Bloodlord has an additional plus one loyalty counter that lets you sacrifice a vampire to deal three damage to any target while gaining three life. The text doesn’t specify “no tokens,” making this loyalty counter of Sorin’s extremely powerful.

Starting with four loyalty counters, Sorin, Imperious Bloodlord can activate his ultimate minus-three counter on turn three, bringing a vampire creature from your hand onto the battlefield. And yes, that’s any vampire creature no matter the mana cost.

The combination possibilities with Sorin’s minus-three loyalty counter is off the charts and will change how players look at Vampire decks from now on. From cards like Forerunner of the Legion and Epicure of Blood to Bishop of the Bloodstained and Anointed Deacon—the M20 Sorin, Imperious Bloodlord just altered the Magic: The Gathering metagame.

Start working on those Vampire decks because Magic: The Gathering Core Set 2020 is set to release on July 12. For those who can’t wait that long, M20 releases early via MTG Arena and Magic Online on July 2.