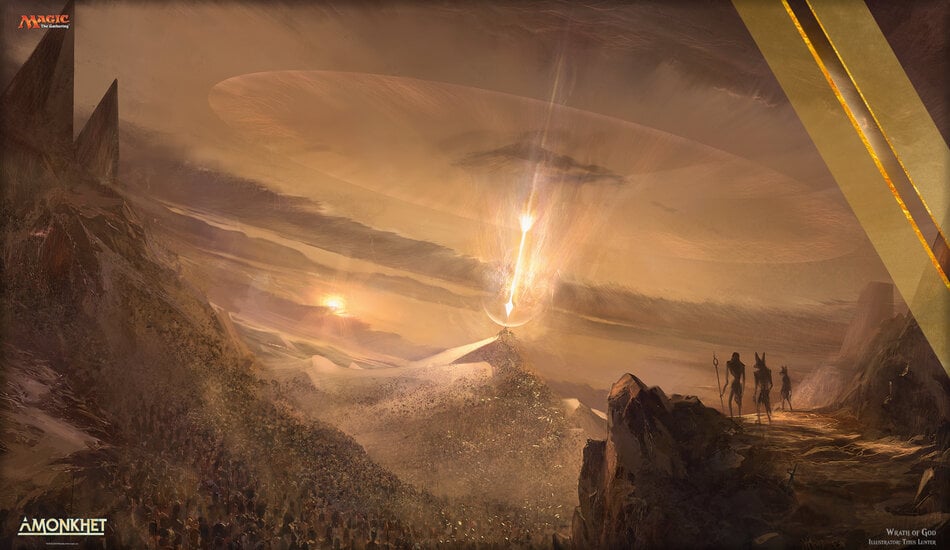 Patch 1.11 in MTG Arena has added over 300 cards to the Historic format via Amonkhet Remastered, along with new events, bundles in the store, and various other updates.

The final season prior to Standard rotation began today with Patch 1.11 in MTG Arena, running from Aug. 13 to Sept. 17. A ranked reset has occurred and a Standard 2021 play queue has been added, allowing players to compete in Standard Constructed using only cards that will be legal following rotation. Players can still rank up the ladder while competing in the new Standard 2021 queues. The Historic format also received an upgrade, featuring over 300 cards added via the Amonkhet Remastered set.

The Amonkhet Remastered set contains various reprinted cards from Amonkhet and Hour of Devastation, along with Pioneer legal cards that aren’t from either set. A full gallery of all the cards has become available and can be found here.

A number of mechanics found in Amonkhet Remastered have been updated for MTG Arena, including Embalm and Eternalize, along with Exert.

A few adjustments were made to the Brawl matchmaking queue that will improve players competing against one another each having the same level of competitiveness. And a tweak was made to weighing certain commanders when determining matchmaking.

Players can stock up on Amonkhet Remastered cards via booster packs that are found in the MTG Arena store. There’s also an option to purchase Basri Ket as an avatar and a full land art bundle that’s priced at 4,000 gold or 800 gems each.

With new items being added to the MTG Arena store, others are on their way out. These include:

A number of events are scheduled to take place during August and September. These include special events, Limited rotating events, and FNM events.

A deck count has been added to the deck builder so players can keep track of the number of decks they’ve created and not go over the 75 deck limit. Changes were also made to Historic crafting, removing the “are you sure” confirmation when crafting a non-Standard format card.

Players can also tap into a number of advanced search terms and traits.