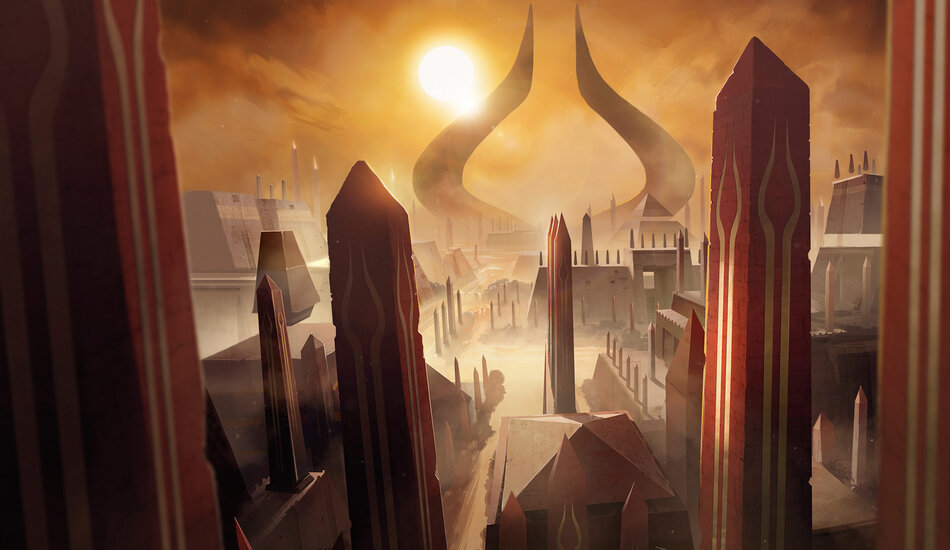 Releasing on Aug. 13, the Amonkhet Remastered set in MTG Arena will contain 338 cards from Amonkhet and Hour of Devastation.

Wizards of the Coast revealed in the MTG Arena State of the Game that players can acquire Amonkehet Remastered cards via boosters, Limited events, and wildcards. The set is legal to play in the Historic format and will also be available in future Pioneer Constructed formats.

A number of mechanics within Amonkhet Remastered will remain the same, such as Cycling, Counters, and casting cards from the graveyard. But there are a few updates to older mechanics taking place.

Embalm and Eternalize cards “will appear as near-hand castables once the respective card is in the graveyard,” according to WotC. These cards will also feature a themed enter-the-battlefield animation when the ability is used.

The keyword action Exert will use an interface similar to Sacrifice abilities. Players can choose between attacking or Exerting when attacking with a creature. Exerted creatures will showcase arrows and have a tap visual effect to remind players that it doesn’t untap during the controller’s next untap step.

How to find Amonkhet Remastered spoilers

WotC will preview the upcoming Amonkhet Remastered cards over the course of three days in August. An additional spoiler for the new set was teased in the August MTG Arena State of the Game, expected to drop right before the update.

Amonkhet Remastered events will launch via MTG Arena on Aug. 13. These include Premier Draft and Sealed.