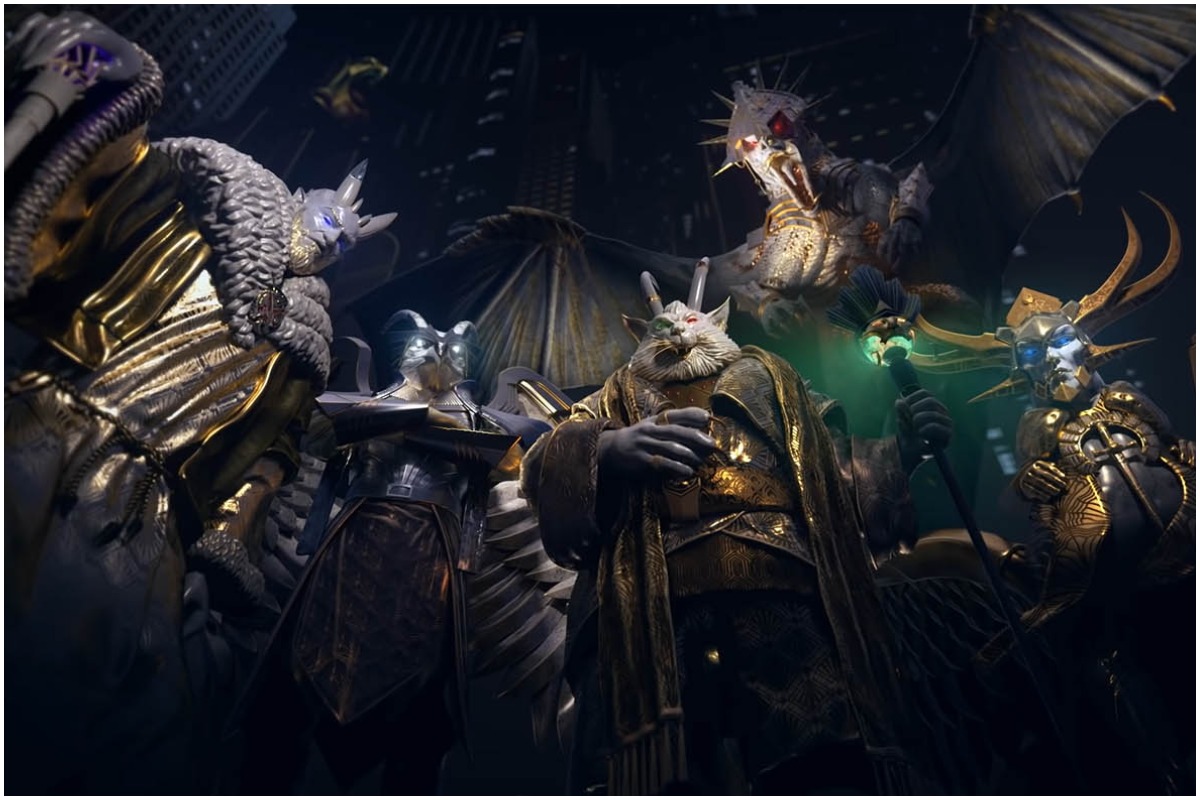 The month of June within Magic: The Gathering Arena is bringing about a new ranked season, competitive events, a unique Alchemy Draft event, and an Alchemy expansion containing a total of 30 cards.

A new Alchemy expansion, Alchemy: New Capenna, will drop into MTG Arena on June 2, containing a total of 30 new digital-only cards for the Alchemy and Historic formats. And with the release of the new expansion is a unique Premier Limited Draft event within the Alchemy format that will run from June 2 to 6.

A free-to-play Alchemy event called Into the Future will also be running from June 2 to 4, showcasing all cards within the format via preconstructed decks. And preorders for Alchemy Horizons: Baldur’s Gate drop at the end of June.

Here’s everything taking place within MTG Arena during the month of June, according to WotC.

Preorder bundles for the Alchemy Horizons: Baldur’s Gate expansion that drops into the Historic format begins on June 23. The expansion will contain a total of 81 new and reprinted cards from the Dungeons & Dragons: Adventures in the Forgotten Realms, according to WotC. Also included in the expansion are new MTG Arena digital-only mechanics.

Each version of Viconia, Nightsinger’s Disciple upon transforming has different abilities while they all have 3/4 baseline stats.

The Chromatic Cube event runs from June 24 to July 8, playable in best-of-one and best-of-three Draft with an entry fee of 4,000 gold or 600 gems. Designed around the same philosophy as the Live the Dream Cube via MTGO by David McDarby, the Chromatic Cube Draft supports 11 archetypes for ten color pairs, according to McDarby.

Here are the 11 Chromatic Cube archetypes:

WotC is attempting something new on MTG Arena, offering players preorder bundles for the upcoming Alchemy Horizons: Baldur’s Gate (HBG) set. Preorders will start on June 23 for the set that contains over 200 cards from the Commander set. The full HBG set on MTG Arena will feature new cards from the set, returning AFR cards, rebalanced cards, and a new mechanic that WotC hasn’t revealed yet at the time of writing.

Examples of cards arriving on July 7 with the release of Alchemy Horizons: Baldur’s Gate provided by WotC during the June 15 MTG Arena announcements included a rebalanced Lae’zel, Githyanki Warrior with an increased mana cost and new 2/4 baseline stats. Ancient Brass Dragon is also in the set, along with Wyll, Pact-Bound Duelist, and the Adventure Artifact Monster Manual.

Similar to Standard releases, there are two preorder bundles for Alchemy Horizons: Baldur’s Gate. One focuses on booster packs and the other showcases Draft tokens and Mastery XP levels.

The Early Access event for MTG Arena new sets officially returned with the release of SNC. And it will take place for the upcoming HBG release as well. Viewers can watch their favorite content creators from around the globe play and construct decks with HBG cards from July 5 at 12pm CT to July 6 at 12pm CT.

The event schedule for the month of June within MTG Arena contains several special events, free-to-play events, and competitive events that will feed into the June Qualifier Weekend tournament and the Arena Championship.

All Midweek MTG Arena Magic events run from Tuesdays at 10am CT to Thursdays at 1pm CT on a weekly basis.

All Quick Draft events use bots to draft. Players will compete against other real players after drafting and crafting a deck.

In addition to the Alchemy events with the release of the Alchemy: New Capenna expansion, an Alchemy Metagame Challenge will take place this month. Chromatic Cube will also return at the end of June.

The month of June contains two MTG Arena qualifier play-in events taking place on June 11 and 17. Both will feature gameplay in the Explorer format. The Qualifier Weekend tournament, which will showcase the Explorer format and take place from June 18 to 19, will offer players direct invites to the MTG Arena Championship.

The June MTG Arena ranked season runs from May 31 to June 30.

Update June 16 at 8am CT: All information regarding the upcoming Alchemy Horizons: Baldur’s Gate from the June 15 update was added.