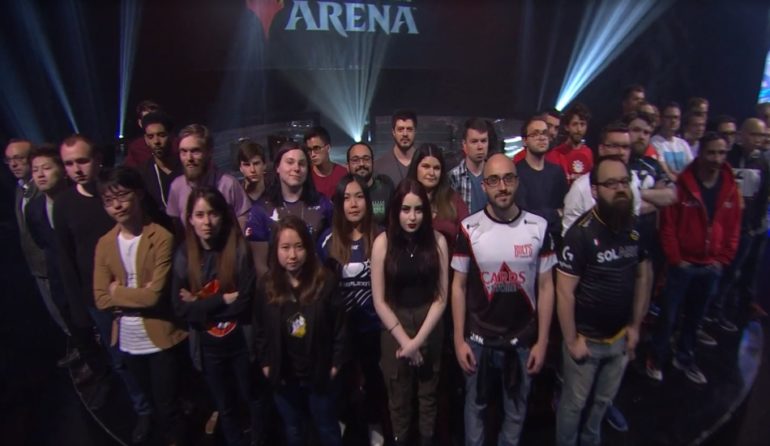 Wizards of the Coast has revealed the 22 Magic: The Gathering players who qualified for the Ikoria Mythic Invitational. These players had a minimum of 10 wins during the MTG Arena Ikoria Mythic Qualifiers from this past weekend. Their winning decklists are also available now.

A total of 7,200 Magic Arena players were invited to compete in the first Ikoria Mythic Qualifiers of the partial 2020 season last weekend. Invitees included those who finished in the top 1,200 of either Constructed or Limited via MTG Arena during the three Throne of Eldraine seasons of October, November, and December.

Players competing in the Ikoria MQ who earned a minimum of 10 match wins were awarded a seat at the upcoming Mythic Invitational in May, along with six Mythic Points for the MTG partial 2020 season. Of the 7,200 competitors, 22 finished the tournament with a record of 10-2 or better. The decks they won with showcased a diverse Standard metagame.

Jeskai Fires and Jund Sacrifice were still the two most-played archetypes. Some Arena players thought outside the box, like Qwerty.Saw, who crafted a winning Mono-White Aggro deck. Former MPL player Matthew Nass also finished in the top-22, playing a Jeskai Fires deck. Decklists of each player who finished in the top-22 at the MTG Arena Ikoria MQ’s can be found here.

Related: Here’s every MTG Arena Mythic Qualifier and Invitational in 2020