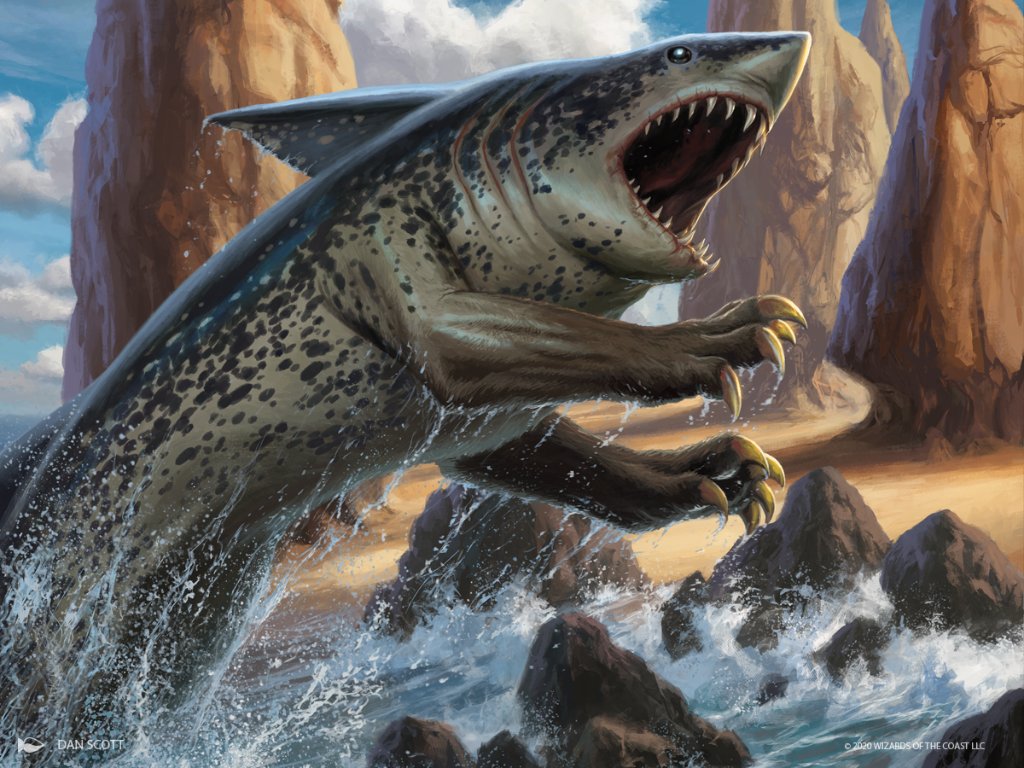 Seven of the best Magic: The Gathering players from around the globe battled tonight in the return of MTG Arena showdown sponsored by ELEAGUE.

Players compete in a single best-of-three elimination with the winner of each round earning $500. The winner then moves onto the next round as the “monarch,” or player to beat. The monarch player defending their title win earns an additional $500 for each win and a bounty of $250 exists for whoever beats them.

Week one of MTG Arena Showdown featured MPL players such as Andrea Mengucci and Seth Manfield to legends like LSV.  And almost all the players brought a Companion build to compete with.

Round one featured Manfield against Burchett, with the win-streak monarch from Arena Showdown season one playing one of the hottest decks in Magic since the release of Ikoria, Rakdos Lurrus. But Burchett brought a Companion build that may be in the top five of new IKO decks, Hippo Fires. Earning a win in game one, Manfield couldn’t keep the streak going against fires and fell 1-2.

Burchett moved on to play Baumeister, who also brought a Companion Fires deck, but with Yorion, Sky Nomad. Whereas Keruga, the Macrosage provides card draw in Burchett’s Fires build, Yorion forces a player to add at least 20 extra cards to a 60-card deck while capitalizing on enter-the-battlefield effects. Baumeister earned a game win, as did Burchett, forcing a game three.

Baumeister put Yorion to work during game three, showing off a variety of combo devastation that can occur when the Companion enters the battlefield.

Burchett almost had Baumeister but it was Shark Typhoon for the win with Four-Color Yorion Fires advancing to the next round.

Round three showcased somewhat of a mirror match with Baumeister on his Four-Color Yorion Fires against Bloody on a Four-Color Sharknadoo Fires.

The shenanigans were flying during game one with Baumeister and his shark army earning the first game win. Game two was quite lengthy as Bloody beat down Baumeister several times to earn the win. And it came down to game three, with Baumeister advancing onto the next round against LSV and his WB Lurrus deck.

With a $1,000 in the bank for Baumeister, It was up to LSV to dethrone Yorion and Shark Typhoon.

Round four kicked off with Baumeister’s Yorion dominating over WB Lurrus in both games one and two. But LSV had a few issues, with an auto-tap mishap in game one and a mulligan down to five in game two.

Mengucci was up next, also playing a Yorion with a focus on ramp via Bant. But Baumeister was packing heat in hand and Mengucci knew he was beaten, conceding the first game. Game two favored Baumeister with him just tearing through his deck, finding answer after answer to sweep Mengucci.

The last challenger to face Baumeister in week one of the MTG Arena Showdown was Jamie Topples playing an Izzet Phoenix build. Drawing Narset and Teferi off the top against a deck that relies upon card draw, Topples never had a chance during game one. But in game two, she had an early advantage due to Baumeister starving for a mana draw.

Down to eight life, Baumeister began drawing land, dropping both Narset planeswalkers and a Fires onto the battlefield. With a Yorion in hand, Baumeister came back from near defeat to win the match and play next week as the monarch.

After six rounds of gameplay, Baumeister earned himself a total of $2,500 with the potential to earn even more next week. ELEAUGE Arena Showdown resumes with episode two on April 29 at 5pm CT.