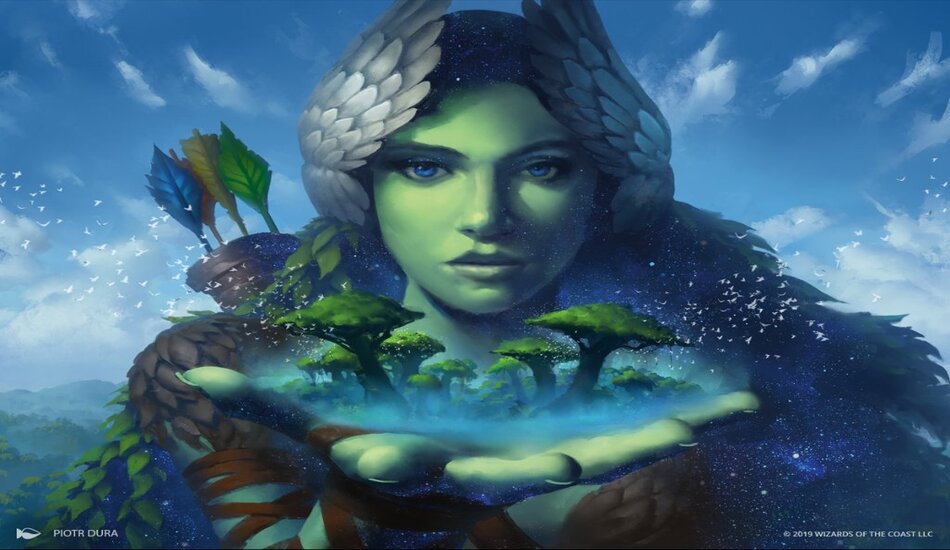 The release of Amonkhet Remastered via MTG Arena is just under a week away, scheduled to go live on Aug. 13. WotC revealed today that the set will contain a total of 338 cards, with a hint that others may be added before the sets release.

There are also two new game queues scheduled to arrive in MTG Arena in lieu of fall rotation rapidly approaching, along with bans in Standard and Historic Brawl.

Releasing on Aug. 13, the Amonkhet Remastered set in MTG Arena will contain 338 cards from Amonkhet and Hour of Devastation. Players can acquire these cards via boosters, Limited events, and wildcards. The set is legal to play in the Historic format and will also be available in future Pioneer Constructed formats.

Players can experience a number of older mechanics via Amonkhet Remastered. A few of those mechanics are present in the Standard format while others are getting updated for digital gameplay. Wotc also revealed spoiler dates for the set today and events that will launch with the release of Amonkhet Remastered. A full breakdown of mechanic updates, spoiler reveal dates, and events can be found here.

Fall rotation is just over a month away with the release of Zendikar Rising. Sets rotating out of Standard and over to the Historic format during fall rotation include Guilds of Ravnica, Ravnica Allegiance, War of the Spark, and Core Set 2020. To prepare for rotation, WotC has two new play modes being added to MTG Arena.

Standard 2021 Play and Standard 2021 Ranked will launch on Aug. 13, featuring gameplay in a best-of-one format that only allows cards from the Throne of Eldraine set to Core Set 2021. The goal behind the new modes is to give players an opportunity to see what the new Standard format may look like.

The new queues will only be available until Sept. 17, the release of Zendikar Rising, and the activation of fall rotation. In addition to the modes, a Standard Artisan event will take place from Aug. 22 to 27.

Players who log onto MTG Arena prior to Sept. 17 will receive a renewal egg reward. Details concerning the rewards have not been disclosed yet but should contain Zendikar Rising booster packs and a card sleeve.

New player decks in MTG Arena are getting updated to be rotation proof. Those who have completed Color Challenges for new players will automatically get updated decklists added to their collection.

WotC has also updated monocolor decks received from Tutorial Matches to ensure the stay rotation proof. Decks were built from a base set that remain legal in best-of-one matches until further notice. The decks will also include upgrade options for players to choose from.

The Jumpstart event ends on Aug. 16, just a couple of weeks away. No scheduled time for its return has been revealed by WotC, but there are plans to bring it back at some point.

There is a scheduled Brawl Historic event set to take place during FNM at Home on Sept. 4. Banned Brawl cards do not result in wildcard redemptions.

The deckbuilder in MTG Arena will receive a few new updates in August. Players can now search for cards via mana (m:x) artist (a), flavor text (f), and loyalty (loy). A number of other search traits have also been added using a question mark.

All changes and updates within MTG Arena that were revealed in the State of the Game will take place on Aug. 13.