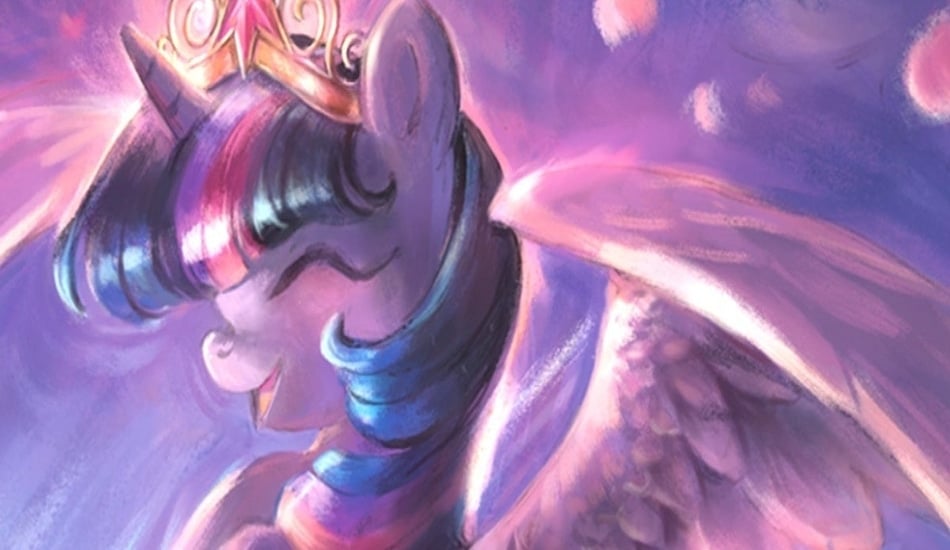 Image via Hasbro My Little Pony and Magic: The Gathering

A charity crossover between Magic: The Gathering Arena and My Little Pony was revealed earlier this month. And so far, it seems to be raising a lot of money for charity since one of the items is already sold out.

Two items are available: A set of trading cards for $50 and a bundle of three playmats for $100. The majority of the revenue is donated to Seattle’s Children Hospital via the Extra Life association.

The limited edition playmat bundles sold out in just a few minutes and $80 per purchase was donated to the Seattle’s Children Hospital.

The trading card sets are still available, though, and $30 from each purchase will be donated to charity. The sets include three limited edition silver-bordered cards: Rarity, Nightmare Moon, and Princess Twilight Sparkle. Hasbro also revealed a behind-the-scenes look at the creation of these exclusive items.

MTG fans are asking for more playmat bundles, but it’s unclear if more inventory will be added.