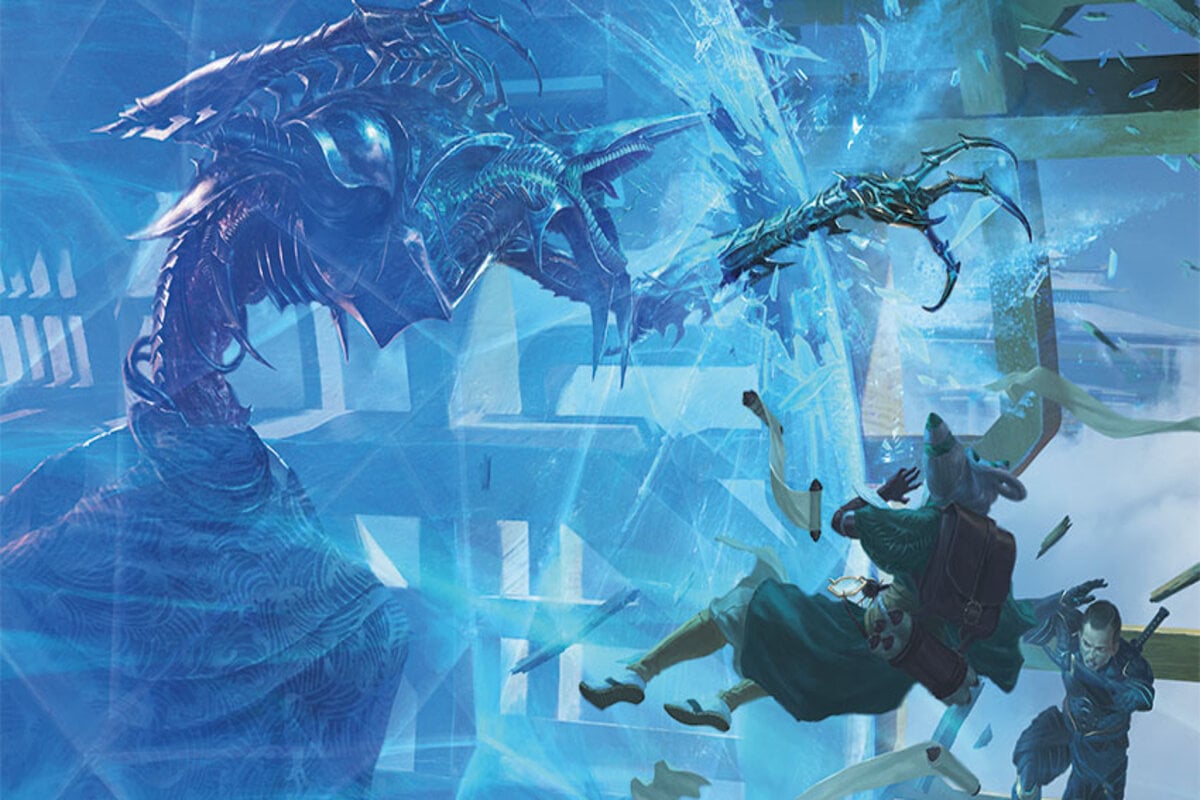 Most of the Blue decks in Magic: The Gathering’s digital format Alchemy are primarily traditional control builds. Jeskai Hinata and Azorius Control are the top control strategies in the format that focus on keeping the battlefield clear and winning the game with a powerful creature as a finisher. One archetype that doesn’t have much presence in Alchemy is Mono-Blue Tempo.

The strategy sits at the fringes of Standard and has a decent presence in Historic, but it hasn’t managed to have an impact on Alchemy. With the release of Neon Dynasty: A22 on March 17, a new four-mana spell has the potential to prop up Mono-Blue as an archetype.

Previews for Neon Dynasty: A22 started during the top eight of the Neon Dynasty Championships. Previews continued the day after with spells to flesh out Magic’s newest set in the digital-only format.

Along with the Alchemy release, Wizards of the Coast will address the community’s Magic Arena economy concerns on Weekly MTG the same day.

Mono-Blue decks get an excellent tool with Saiba Syphoner. The strongest card of its cycle so far, Saiba Syphoner is a card that rewards aggressive spell use and keeps the advantage in your favor as the game progresses.

What makes this card playable is flash. Even paying the full four-mana cost isn’t awful when it can be done on the opponent’s turn. It gets a spell back from the graveyard to your hand when it enters the battlefield. This is a way to get back a counter or bounce spell to further disrupt the opponent.

The cost reduction ability works well in a Mono-Blue Tempo shell that looks to proactively counter and bounce opposing creatures while attacking through the air with evasive threats. Since these decks are looking to fire off spells early, Saiba Syphoner could be a two-mana play more often than not.

Other decks that could experiment with Saiba Syphoner are Izzet and Jeskai spells lists. It could find its way into these archetypes as a one or two copy role player, but its best fit is in Mono-Blue Tempo or flash decks.