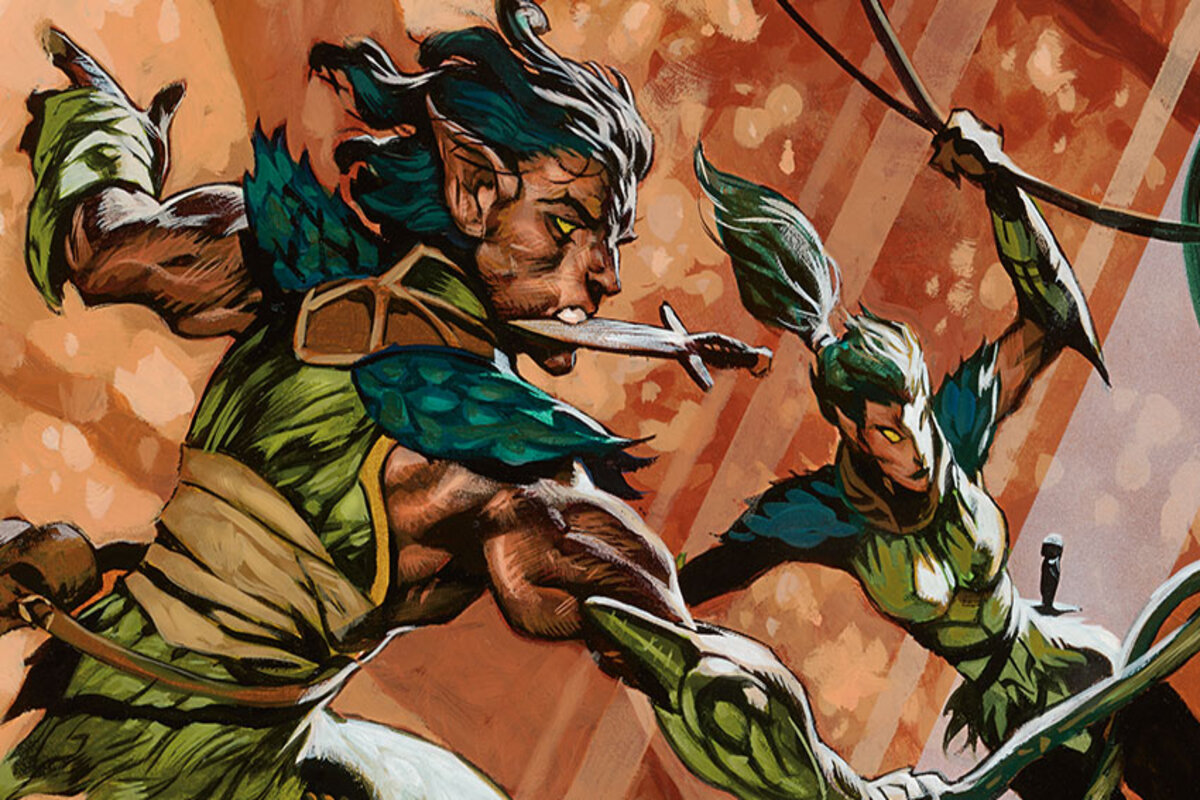 Wizards of the Coast will buff a total of 22 Magic: The Gathering tribal elves and warrior cards within the Alchemy and Historic formats, along with three individual spells.

Scheduled to take place on April 7, an Alchemy rebalance patch will buff 11 MTG Kaldheim elven tribal-themed cards, one AFR elf, 10 tribal-themed warrior cards, and three individual spells. The patch will not directly affect any top-tier decks within the Alchemy format, focusing on elf and warrior tribal decks, along with supporting deck diversity, according to WotC.

Elves have long been a popular MTG tribal archetype, lacking support within formats like Standard. The release of Kaldheim attempted to incorporate additional elven tribal themes into the Standard format and the April 7 Alchemy rebalance update has a goal of making many of those KHM cards playable within a Constructed format via Alchemy or Historic.

Tyvar Kell, a KHM planeswalker, will likely be a core card within any new MTG elven tribal decks. His starting loyalty was increased to four and his ultimate is now a minus-seven. The elven planeswalker also puts +1/+1 counters on up to two elves instead of one. Elderfang Ritualist was buffed to return Tyvar Kell from the graveyard to hand in addition to other cards with the elf type. Canopy Tactician now has a toughness of four and Return Upon the Tide will create three 1/1 elves instead of two.

Warrior and Equipment themed builds have been getting focus from WotC since the release of Zendikar Rising. And the release of Kamigawa: Neon Dynasty continued to elevate the tribal theme via cards that use Reconfigure and support abilities for warriors that attack alone.

The Innistrad: A22 card arms Scavenger will provide Equipment from its spellbook and reduce the activation costs to Equip by one. Armory Veteran and Dwarfhold Champion are gaining Ward. Bruenor Battlehammer will now work with Reconfigure and will receive a base stat buff.

Nahiri, Heir of the Ancients will deal damage via her minus-three by counting warriors and Equipment. Other cards like Coma Fada Vanguard will count warriors in conjunction with Equipment, Expedition Supplier will trigger off both humans and warriors, and the Trample ability on Kargan Intimidator was combined with the +1/+1 ability option.

Individual spells that are slated for changes include Symmetry Sage, Spell Satchel, and Base Camp.

All digital-only MTG changes will take place on April 7 via an Alchemy rebalance patch. The cards are subject to change prior to the update’s official release.