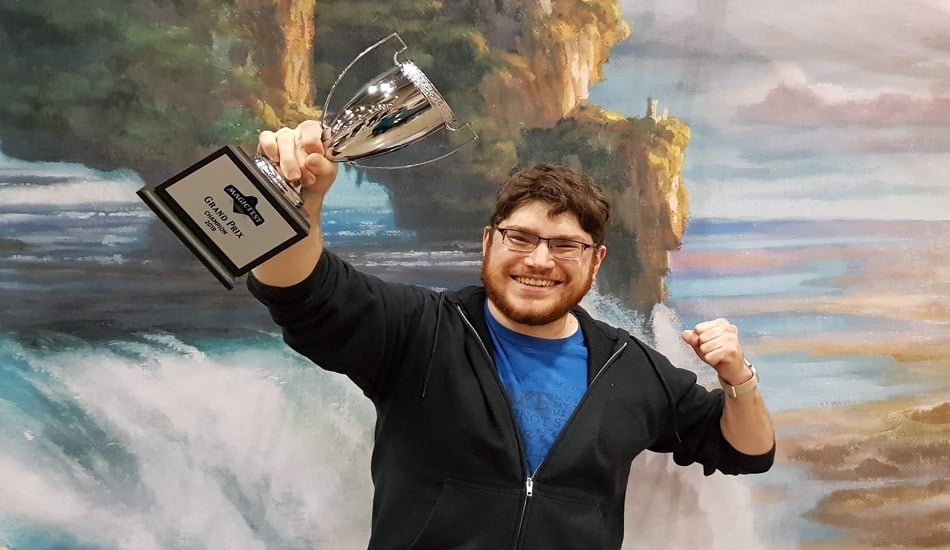 Image via ChannelFireball and Wizards of the Coast

Magic Pro League (MPL) player Alexander Hayne has won the Montreal Grand Prix less than one week into the official release of the Throne of Eldraine set.

The Montreal Grand Prix in the Limited format kicked off the Throne of Eldraine (ELD) season in tabletop Magic: The Gathering this past weekend. Local to the Montreal area, Hayne chose to play in the GP tournament rather than preparing for Mythic Championship V.

And his efforts were rewarded, taking home the championship in the MTG Eldraine Limited format to secure his fifth GP trophy. The win also qualifies Hayne for the Players Tour Regionals in August 2020. Hayne’s winning draft deck in the finals was a Golgari build that used the ELD Food mechanic, ramp, powerful creatures, and cantrip.

Hayne and several other top Magic players also had powerful builds earlier on in the tournament. In total, five players went 3-0 on day two of the Montreal Grand Prix tournament.

Over 800 players attended the GP tournament this past weekend, competing for a total prize pool of $50,000. In addition to the ELD Limited GP tournament, there were also three Players Tour Qualifiers (PTQ) events in the Modern format. Each winner of the Modern PTQ earned an invite to the Player Tour Regionals.

The next scheduled Grand Prix tournaments are MagicFest Utrecht and Bangkok from Oct. 11 to 13. Mythic Championship V is the following week, Oct. 18 to 20, and it’ll be played via MTG Arena.