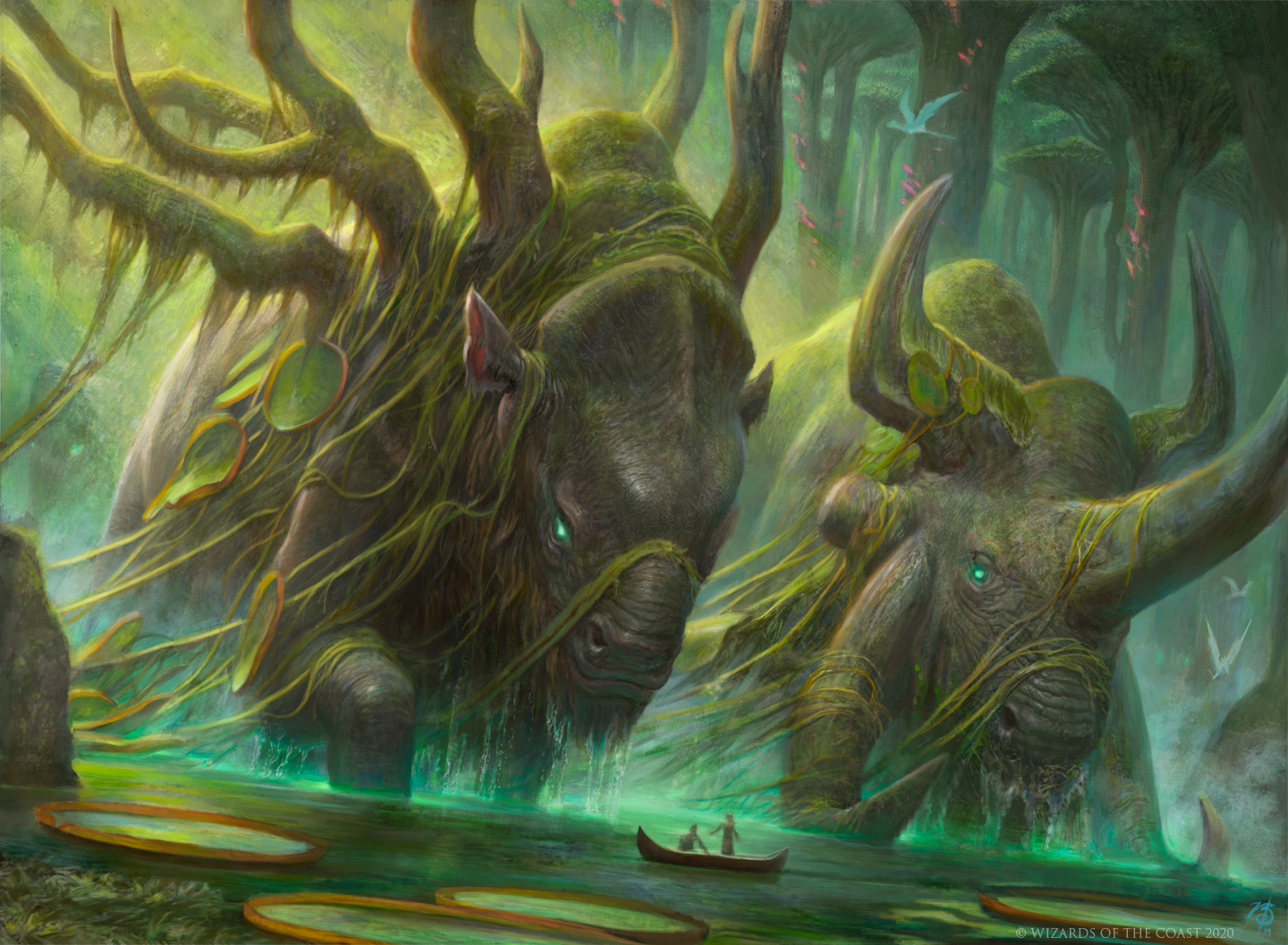 Magic fans are getting their first taste of high-level Kaldheim Standard this weekend during the February Kaldheim League Weekend. Seventy of the top Magic players will compete in league play for the chance at postseason success.

The Kaldheim split is nearing its conclusion with this weekend being the final League Weekend before the Kaldheim Championship in late-March. Since Kaldheim was released on Feb. 5, many fans have wondered what the meta will settle into. League Weekends are generally a strong factor in determining what the metagame will evolve into because it includes the best players in the world battling one another.

Each week has seen wild shifts in what Magic players perceive as the top deck. When Kaldheim was released, it wasn’t clear if the set would have a big impact on Standard. But weeks after release, it’s evident that Kaldheim led to a dramatic shift.

Official decklists will be published on Saturday, Feb. 27 at 9:30am CT. But here are the decks you should expect to see during the February Kaldheim League Weekend.

Mono-colored aggro decks are thriving in Kaldheim Standard and should be among the most-played decks this weekend. There are two key pieces that pushed Mono-Red Aggro lists into the top tier. Frostbite is a Shock that becomes a Lightning Bolt on turn three. This jolt of direct damage is a one-mana answer to Bonecrusher Giant and has the additional upside of being great against Dimir Rogues lists if they show up. Faceless Haven gives mono-colored aggro decks great mid-to-late game reach. Mono-Red Aggro has a solid 52-percent win rate, according to win rate data from MTG Data on Twitter, with strong matchups against Sultai Ultimatum, Esper Yorion, and Dimir Rogues.

Mono-White Aggro was floating on the periphery of Zendikar Rising Standard. The strategy looks to flood the board with small creatures and then buff them. A lot of the cards were in the previous iteration of Mono-White Aggro. The addition of Faceless Haven and two powerful Gods from Kaldheim made the deck more formidable.

The typical list takes advantage of the modal double-faced cards from Kaldheim with a creature on one side and equipment on the other. Halvar, God of Battle/Sword of the Realms is a strong addition that can act as both a finisher and an additional piece of equipment to pair with Maul of the Skyclaves. Reidane, God of the Worthy/Valkmira, Protector’s Shield punishes snow decks and expensive tap-out control decks like Sultai Ultimatum and Esper Yorion.

Sultai Ultimatum exploded onto the scene over the past two weeks and became the go-to option for Yorion, Sky Nomad players looking to control the game and have one unbeatable turn. Sultai Ultimatum looks like a standard Yorion pile. The deck is 80 cards of removal, enter the battlefield abilities, and win conditions.

What sets this variation of Yorion apart from others is the combo with Ikoria: Lair of Behemoth’s Emergent Ultimatum. The goal is to cast Emergent Ultimatum and fetch any number of powerful mono-colored spells. Most decks are running Kiora Bests the Sea God, Alrund’s Epiphany, and Valki, God of Lies/Tibalt, Cosmic Impostor as ideal targets for the combo. There are plenty of other options that work, though. Sea Gate Restoration/Sea Gate, Reborn, and Shadows’ Verdict are common situational targets for Emergent Ultimatum that you’ll find in these decks.

This is largely similar to the Yorion decks that were played in Zendikar Rising Standard. There are two variations to look out for. Some Esper Yorion lists lean into a more traditional tap-out control build with Koma, Cosmos Serpent, and Shark Typhoon as top-end finishers. Esper Yorion decks can also be built around Doom Foretold. These decks want to lock down the board with Doom Foretold sacrifice triggers and blinking powerful enchantments like Binding the Old Gods.

Rogues decks are struggling right now. Dimir Rogues is sitting at a 44-percent win rate with bad matchups across the board, according to MTG Data’s statistics. Dimir Rogues is still a ladder all-star but is underperforming in a competitive tournament environment.

Rogues still has the potential to perform well, but it’ll be difficult to pin down which, if any, variation of Rogues is suited for this meta. Crab Rogues, Lurrus Rogues, and Zareth San Rogues all have unique weaknesses and strengths. It’s unlikely that all three will be strong like they were in Zendikar Rising Standard. Expect to see some players trying to make Rogues work. Pay extra attention to what version of the deck they’re running, though.

Look out for variations on this strategy. Making small metagame adaptations to an already elite shell will prolong Gruul Adventures’ lifespan.

One adaptation that some Gruul Adventures players are making is splashing white. This strategy is enabled by the new pathway lands in Kaldheim. Naya Midrange uses the same core of Throne of Eldraine cards while adding white to varying degrees.

Some decks are playing white only for the additional removal provided by Giant Killer and card advantage from Showdown of the Skalds. Other Naya Midrange lists lean heavier into white by playing Selfless Savior or Shepherd of the Flock. A big storyline to track is whether Naya Midrange or Gruul Adventures puts up a better win rate. It’s possible that Naya Midrange becomes the next evolution of the Adventures archetype.

The MTG Kaldheim League weekend will begin on Feb. 27 and 28 at 10am CT via Twitch.