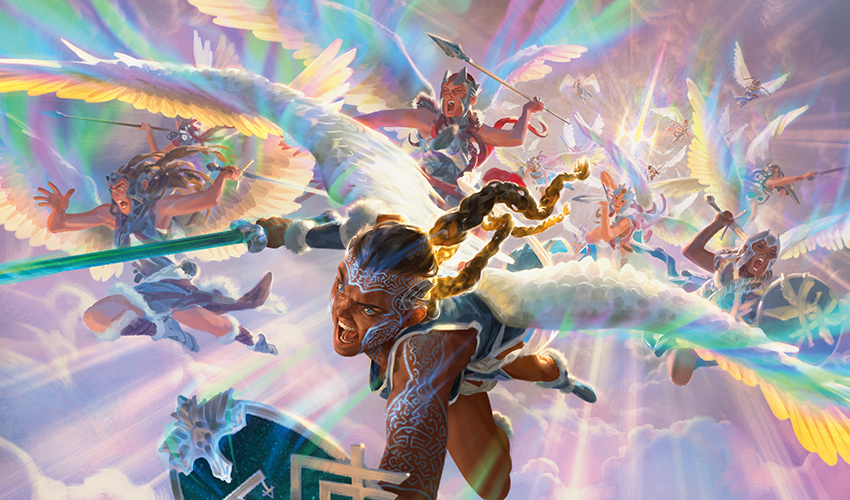 Competitive gameplay in Magic: The Gathering continues with the second League weekend of 2021, showcasing 70 of the best players from around the globe.

Scheduled to take place from Feb. 27 to 28, the Kaldheim weekend tournament will feature gameplay in a best-of-three Standard Constructed format. Coverage of the MTG tournament begins at 10am CT via the Magic Twitch channel with veteran broadcasters like Riley Knight, Mani Davoudi, Eilidh Lonie, Corey Baumeister, and Tim Willoughby at the helm.

Coverage of the Kaldheim League weekend split features Rival League players facing off on Feb. 27 and Magic Pro League players competing on Feb. 28. Both Rivals League and MPL players will compete for a total prize pool of $50,000 per league. There are a total of three splits—Zendikar Rising, Kaldheim, and Strixhaven—leading up to the Kaldheim Championship on March 26 to 28.

Wizards of the Coast will also provide “additional coverage” via six individual streams of Rivals League and MPL player matches. The official MTG Kaldheim League weekend broadcast will begin on Feb. 27 and 28 at 10am CT via Twitch.