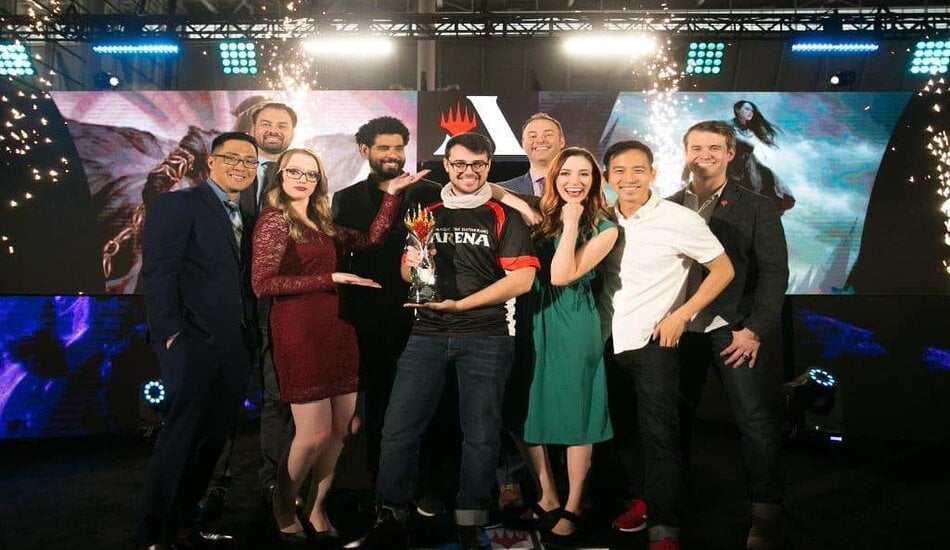 As the game of Magic continues to evolve via tabletop and digital, Wizards of the Coast has revised the eligibility requirements for the 2019 MTG Hall of Fame.

Due to the growth Magic has seen over the past few years within esports (MTGA and MTGO), WotC felt it was time to update the eligibility requirements for the MTG Hall of Fame. Previously, the system solely focused on the Pro Tour but it’s expanded to include top finishes across all high-level Magic competitive formats.

“As competitive Magic expands to include MTG Arena and tabletop tournaments, we came to realize that the Pro Tour–centric rules we designed for a Hall of Fame back in 2005 don’t fit very well with where we’re headed,” Greg Collins said. “Eligibility for this year’s class is generally the same as 2018, but we are working now on what the future eligibility rules for the Magic Hall of Fame will be starting with next year’s class.”

Related: Magic: The Gathering community calls for two Hall of Fame categories in 2020

The old eligibility requirements for the MTG Hall of Fame said players must have entered the pro scene at least a decade prior and have a minimum of 150 lifetime Pro Points. In addition, players needed to have “at least two Pro Tour Top eight or post-2011 World Championship Top four finishes.” The new eligibility still includes these stipulations but has updated the formats in which players compete in to include digital and the new Mythic tabletop championships.

Voting for the 15th MTG Hall of Fame inductions begins today and runs through Sept. 3, with the announcements of the 2019 class taking place on Sept. 14 via the MPL Weekly livestream.

Players who have previously been on the MTG Hall of Fame ballot, like Márcio Carvalho, have been given a stat boost from the recent eligibility changes. This includes recent winners and top-four or top-eight finishers from 2019, such as Brad Nelson and Andrea Mengucci.

Here’s the list of this year’s MTG Hall of Fame candidates.

The 2019 MTG Hall of Fame inductees will be announced on Sept. 14 via the MPL Weekly Twitch stream. For a detailed breakdown of each potential hall of famer, WotC has a complete list of 2019 candidates’ stats.