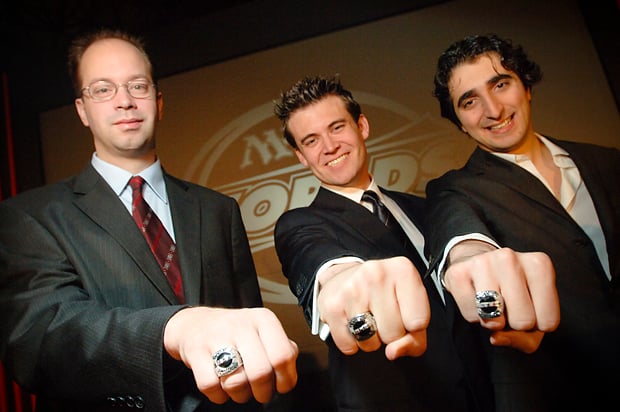 Blake Rasmussen and Steve Sunu, hosts of Weekly MTG, posed a question to the community regarding changes they’d like to see in the Hall of Fame. And the most popular response so far is two Hall of Fame categories.

Deciding who gets into the MTG Hall of Fame has always been an issue. Are players graded on stats only, or should it be a combination of stats and how they’ve contributed to Magic and its community? In response to the question posed by Rasmussen and Sunu, fans are calling for a non-Pro and Pro Hall of Fame.

There are past players, and ones from today, who have impacted the game of Magic beyond top eight finishes. But based on their stats, they will likely never make it in. Chris Pikula is an ideal example of such a player. Eligible since 2005, Pikula doesn’t have the stats, meaning he often gets overlooked or missing the inductee class by one vote (2005 class).

Much like Reid Duke and Day9 are popular in the MTG community today, Pikula was in a similar position when the game first hit popularity. In a time when cheating was considered a skill, or an edge, players used to make it to the top—Pikula bucked against such a concept. In fact, many of the MTG rules that are in place today can be attributed to the outspoken wisdom of Pikula in the late 90s.

Rasmussen and Sunu brought up Pikula’s efforts during the MTG Weekly stream, causing fans and current players to tweet in favor of a two-category Hall of Fame.

“I like the idea of having two different Hall of Fames,” said MTG Pro Seth Manfield, “And some sort of nomination committee for the community one.”

Even players outside the MTG Pro community understand the implications of rewarding Pro and non-Pro players who contribute in multiple facets towards the game.

“Making a separated Magic Community Hall of Fame and a Pro Magic Hall of Fame would make the most sense in my opinion,” says Yu-Gi-Oh player Anthony Allsopp. “Potentially with different benefits for the two. The former to recognize non-Pro community members and the latter to function as a who’s who of historical best players.”