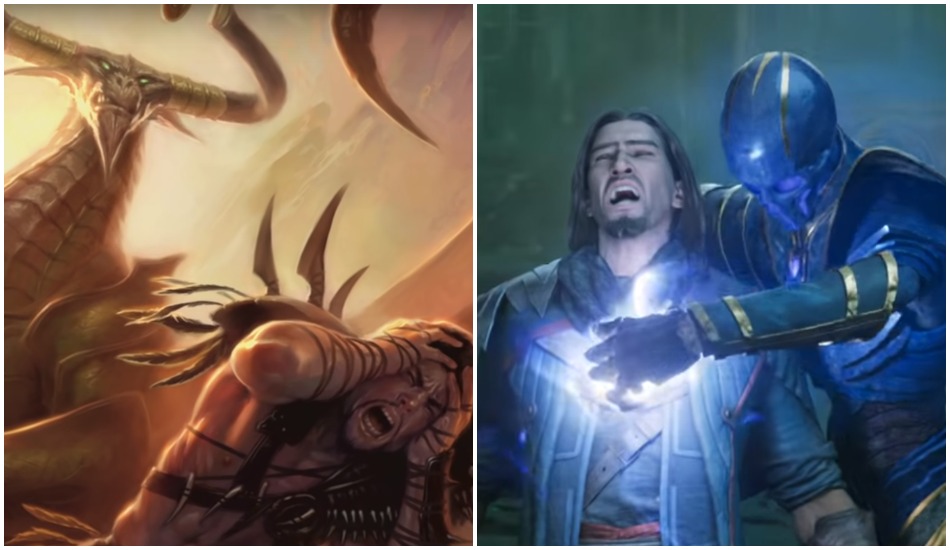 More details about the Magic: The Gathering Netflix animated show have been revealed. The series will be more character-based and story driven than about gameplay.

Magic: The Gathering is stepping out beyond its magical stories and strategic gameplay in a bold move to create an animated series on Netflix that can compete on the same level as Star Wars, DC Comics, Marvel, and upcoming hit anime series.

Wizards of the Coast first announced the making of the series with the addition of Anthony and Joe Russo (the Russo brothers). As the directors of Avengers: Infinity War and Avengers: Endgame, the Russo brothers accomplished what many thought was impossible (a large-scale, heavy character based live-action film) while making Marvel and Disney billions.

But the big names attached to the new Magic: The Gathering animated series on Netflix don’t end with the Russo brothers. Henry Gilroy, developer of Star Wars: The Clone Wars and co-producer of Star Wars: Rebels, will be a part of the MTG Netflix series team as lead writer and co-executive producer. Jose Molina, best known for his writing and producing skills on series like Star Wars: The Clone Wars, Agent Carter, and Law & Order: Special Victims Unit, will also work with Gilroy.

In addition, Yoriaki Mochizuki who’s worked on Spider-Man: Into the Spider-Verse, Futurama, The Lego Movie, and The Lego Batman Movie, is a co-executive producer and acting supervisor director of the Magic: The Gathering Netflix animated series.

MTG team director Jeremy Jarvis told Polygon that the direction of the Magic: The Gathering Netflix series will be character-based.

“We are moving into that character-driven franchise space,” Jarvis said during his Polygon interview. “This is not going to be Yu-Gi-Oh! or Pokémon where you’re literalizing gameplay aspects. We developed this library of wonderful characters and wonderful places and impactful events, and we’re going to be bringing that to life in a new way.”

Jarvis also said that fans of the Netflix series, The Dragon Prince, will enjoy and like the new Magic: The Gathering animated series. With the team assembled by Wizards of the Coast for this project, the story and characters within the series will likely contain a healthy mix of depth, development, humor, and plenty of action.

In combining horror, thriller, comedy, and mythical beings into one show with a history spanning 26 years and hundreds of characters, only the Russo brothers, along with Gilroy, Molina, and Mochizuki, could possibly pull this off.

No release date has been set yet for the new Magic: The Gathering animated Netflix series.