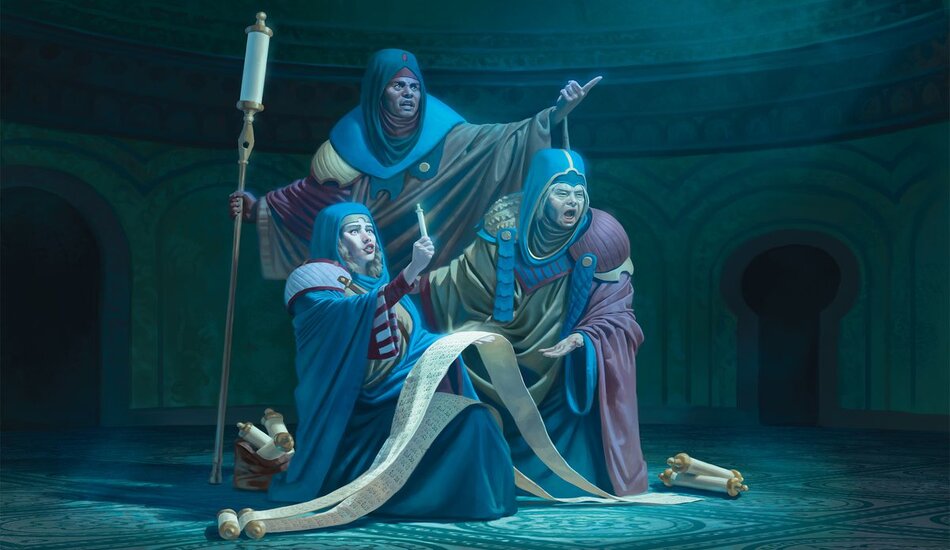 Verhey was challenged yesterday by a Reddit user who said they’d donate $100 to charity if the designer answered his question regarding the reprinting of fetchlands in Magic. Accepting the challenge, Verhey responded and essentially confirmed that WotC will at some point reprint fetchlands.

“Like everything we do, things take time to create,” Verhey said. “A long time—our sets and products are built on the scale of years. And that means it can take a while for things to show up. Do we plan to reprint the fetchlands (or Oracle of Mul Daya, or Force of Will, or Mana Drain, or Jace, or…)? Absolutely. I can pretty much guarantee you that they will show up somewhere along the line.”

Verhey also acknowledged that the design team is aware of how fetchlands will improve play in Commander and Eternal formats for players.

“We know players need them, we aren’t bound by the reserved list, and frankly, we’d be fools to not reprint them,” Verhey said.

Players were hoping the upcoming retail release of the MTG Mystery Booster set on March 13 would contain reprints of fetchlands. Even though it won’t, at least Verhey has confirmed that fetchlands will eventually get reprinted.

The Mystery Booster retail set contains 1,694 cards and an additional 121 cards that may be a Rare Foil not found in the booster packs.