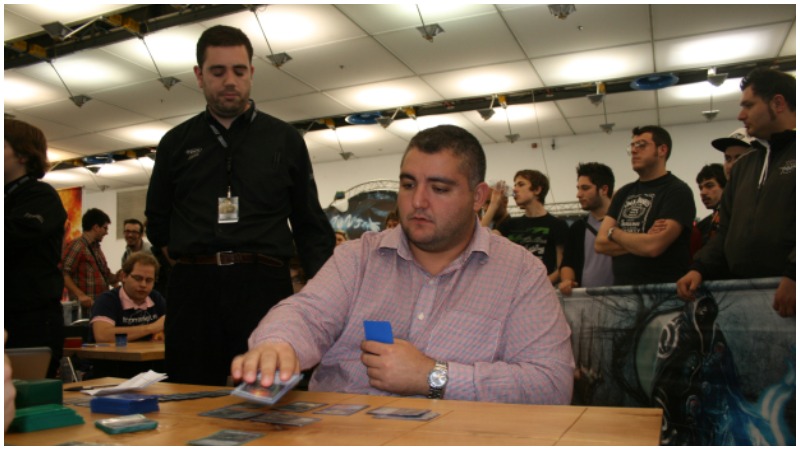 The four-time Grand Prix Pro Tour winner played a Rakdos Sacrifice deck to finish in the top-16 at the MTG Arena Mythic Championship Qualifiers this past weekend.

After winning his first Grand Prix tournament during the 2003-2004 Pro Tour season, De Rosa is returning to the competitive main stage via the CCG Magic Arena. And he’s ready to give some old friends of his a run for their money at Mythic Championship VII.

“This old dog is going to the new Arena PT,” De Rosa said on Facebook.

Of the top-16 finishers at the Arena MCQs, De Rosa was one of five players who didn’t play an Oko Food-based deck.

In a field dominated by Oko, Thief of Crowns and Nissa, Who Shakes the World, De Rosa chose not to follow the masses and play Green. Instead, he played Rakdos Sacrifice. The deck uses the dangerous sacrificial combo of Witch’s Oven and Cauldron Familiar in conjunction with Mayhem Devil and Priest of Forgotten Gods.

And the choice paid off. De Rosa and the other 15 MTG Arena qualifiers will step onto Magic’s main stage to compete in Mythic Championship VII from Dec. 6 to 8.