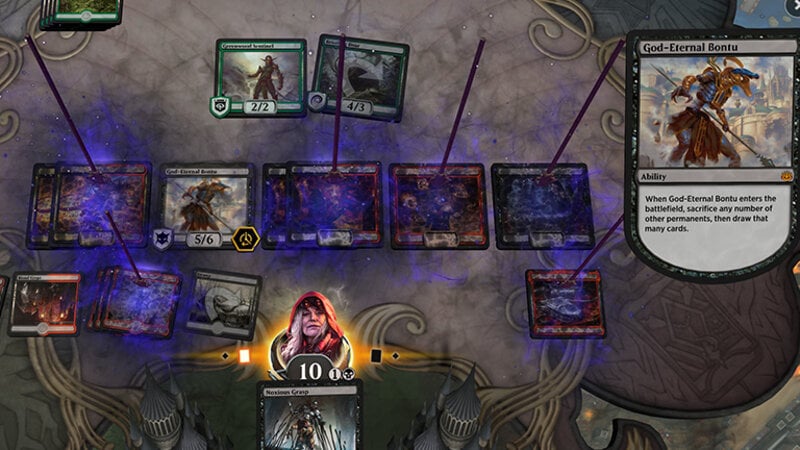 Magic: The Gathering streamer Merchant is stepping up where Wizards of the Coast hasn’t by creating a Brawl discord for Arena players.

The Brawl Launch event is over on MTG Arena, leaving one day a week where players can enjoy the format in a tournament setting. Only in the Direct Challenge mode can players enjoy Brawl at all times. But Wizards of the Coast has delayed the friends’ list add-on to MTG Arena.

As an answer to WotC shortcomings, Magic Arena streamer Merchant has created a discord channel specifically for Brawl players. Those lacking friends in the game or seeking to play others outside their immediate community can now find hundreds of MTGA Brawl players eager for a match.

Signing up for the Brawl discord created by Merchant is easy. Players must first download the Discord app, and can then join the Brawl community via this Discord invite link. The link will take players to the “Looking-for-Game” channel, where there’s always dozens of Brawl fans seeking a match.

Using the Direct Challenge mode in MTGA, players can battle it out in Brawl for as long as they want. The Merchant Discord channel also has several other options including a Standard Discussion and Brawl Decklist channels. The channels benefit new and veteran players, providing full decklists that can be imported into Magic Arena and healthy discussions.

Related: Magic: The Gathering Brawl failures may kill the format

Despite the numerous poor decisions made by WotC regarding the Brawl format via tabletop and in Arena, many in the Magic community want the format to succeed. Thanks to MTGA streamers like Merchant, Brawl just might survive.