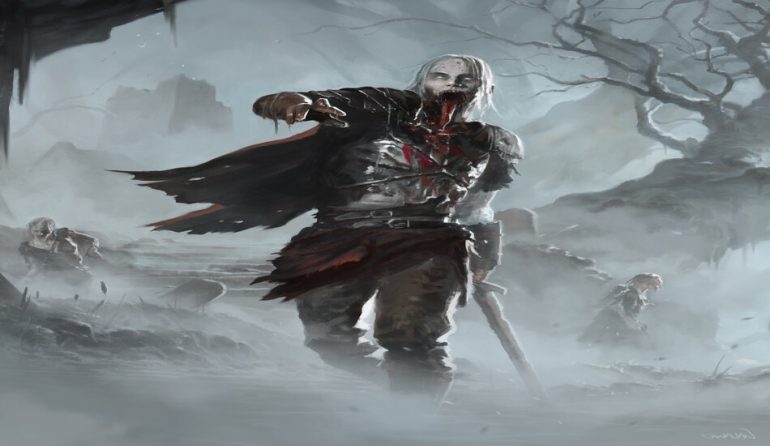 Giving Orzhov Zombies another boost in power is the latest Magic: The Gathering Core Set 2020 spoiler, Field of the Dead, laying waste to the opposition with the creation of zombie tokens.

Chandra is the face of MTG Core Set 2020 but right on her heels is the Liliana and her gang of zombies. Containing 280 reprinted and new cards, M20 continues to beef up alternate archetypes within MTG Standard format. Along with Elementals and Angels, Zombies are making a deadly return with the help of cards like Field of the Dead.

A Rare M20 land card that produces colorless mana, Field of the Dead has a win-con ability that combos with Zombie Knight and Liliana, Dreadhorde General nicely. As long as a player has control of seven or more lands with different names, Field of the Dead produces a two/two zombie token every time a land enters the battlefield.

“Whenever Field of the Dead or another land enters the battlefield under your control, if you control seven or more lands with different names, create a 2/2 black Zombie creature token.”

It’s not a quick win-con, but it’s perfect for Control decks utilizing Liliana, Dreadhorde General and soon to be using the M20 spoiler from yesterday, Zombie Knight. Field of the dead comes into play tapped, which is a disadvantage as a player needs to wait until the following turn to use it. However, when playing Orzhov Control, waiting until turn seven or eight isn’t the end of the world.

Field of the Dead is available with the release of Magic: The Gathering Core Set 2020 via pre-release July 5-6 and the official release date on July 12. M20 will release early via MTG Arena and Magic Online on July 2.