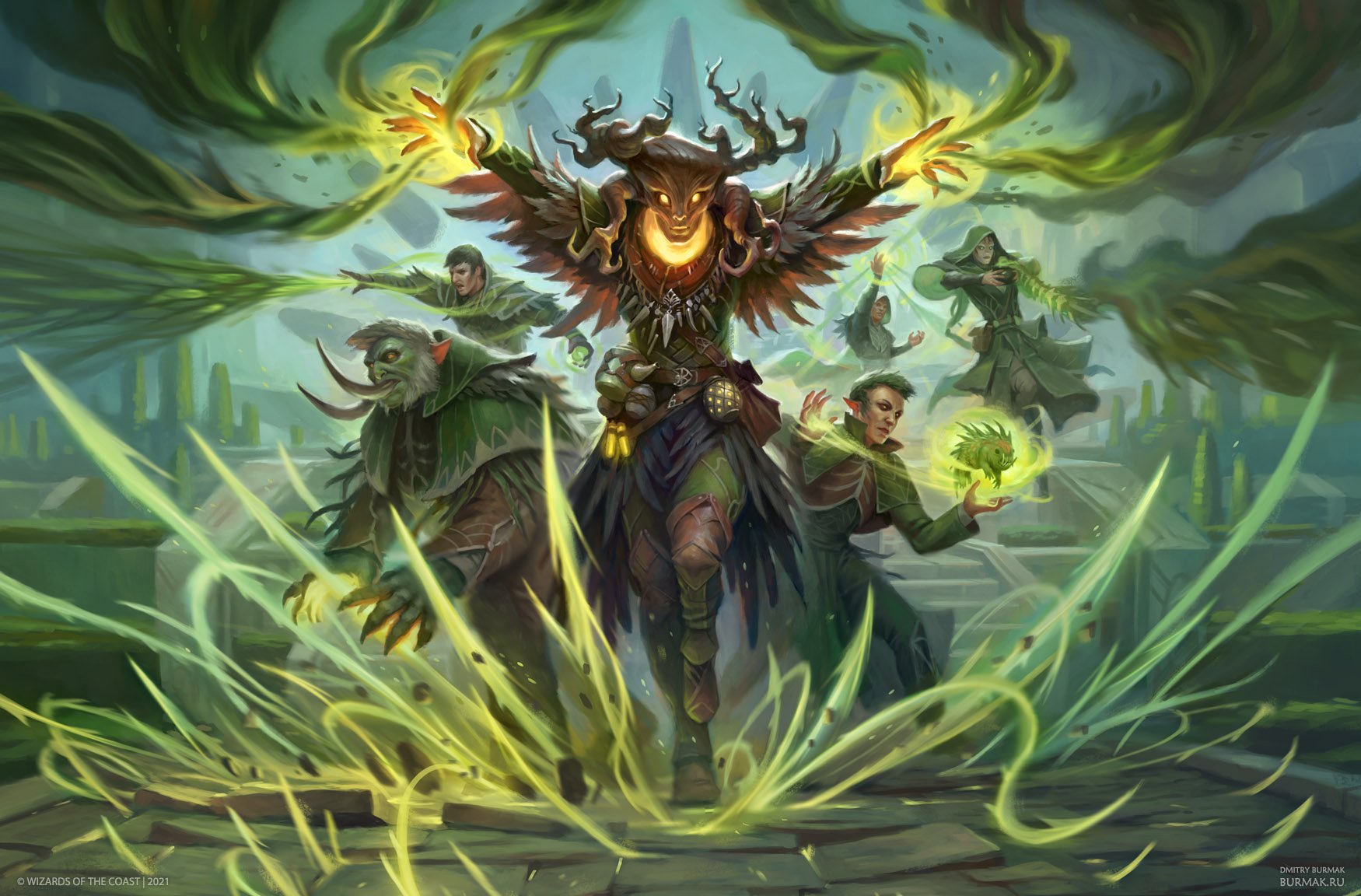 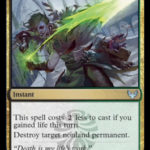 In Strixhaven: School of Mages, Witherbloom is a college that specializes in natural sciences.

Using the essence of living creatures, Witherbloom mages can be healers or use their abilities to propagate death. This is represented in the green and black archetype of the set. The color specializes in gaining life and slowly killing the opponent with tokens and life drain.

Today’s Strixhaven spoilers was highlighted by a handful of Witherbloom spells with Limited and Constructed applications. The day also brought players two new Commanders that should see extensive play in the format.

Dina, Soul Steeper will end up winning plenty of games in Limited through incremental life drain. Dina isn’t as explosive as Vito, Thorn of the Dusk Rose, but thrives in grindy matchups. The activated ability is a good added value. Paying one mana to sacrifice a creature is worthwhile in aristocrats lists. The ability also makes Dina a real combat threat if the creature is big enough.

Seven mana, two colors, and a whole lot of cards. Harness Infinity can lead to you drawing massive amounts of cards in a Witherbloom shell. Harness Infinity feels like a combo piece. Being able to get every card back from your graveyard is nice, but if you have to discard most of them during the end step anyway there’s not much value. The card being an instant is valuable. Casting this spell on your opponent’s end step gives you a full turn to cast spells.

This isn’t clearly better than Eerie Ultimatum, but when that card rotates, Harness Infinity could find its way into some niche strategies.

Daemogoth Titan is huge. This four-mana spell has 11 power to throw around, but with one major downside. When the creature attacks, you must sacrifice a creature. It also has no evasive abilities. With all that said, it is still a four-mana 11/10 creature. If a creature is this undercosted relative to its stats, players are willing to work around the downside.

Charge Through is a natural combo. Giving Daemogoth Titan Trample turns it into a lethal threat even if your opponent has blockers. In a go-wide deck, you should have enough creatures to sacrifice to keep Daemogoth Titan on the battlefield. Jund decks could just cast Fling and deal 11 damage directly. There are enough ways to get around the downside to make Daemogoth Titan a real threat on ladder.

Beledros Witherbloom is a sort of Wilderness Reclamation. It’s not as powerful, but being able to untap all your lands opens the door for many of the same combos that make Wilderness Reclamation and similar untap effects strong. 10 life is a small price to pay if it means you win the game. Beledros is also a great way to enable aristocrat strategies because it pumps out a token on each upkeep.

This is a nifty removal spell that could see Constructed play. Four mana to hit any nonland permanent is a good rate and makes this a solid Limited removal spell. The cost reduction when you gain life turns this into a two-mana answer to anything. It won’t be that difficult to consistently gain life. Witherbloom is packed with cards with built-in life gain. There are gain lands in the format and the possibility of adding White for an Abzan Life Gain deck.