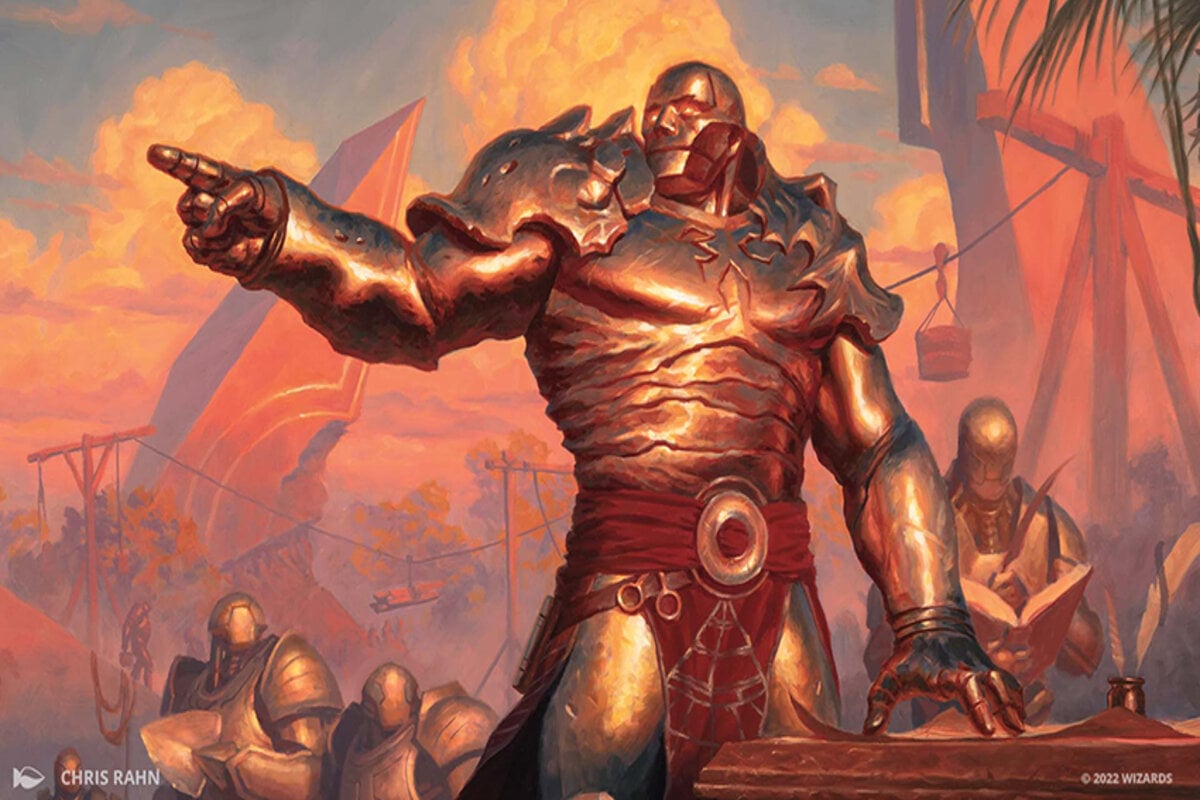 Dominaria United is the start of a multiset conflict with the Phyrexians, and Karn returns as a key protagonist in the narrative.

One of the remaining ties from the modern age to Urza, Karn is an Artifact Planeswalker with a history of strong, value-based cards. Karn typically won’t overwhelm the opponent with Creatures but instead drowns them in card advantage. This is why past Karn cards are typically found in control builds.

Dominaria United releases on Sept. 1 on Magic Arena and Magic Online, followed by a tabletop release on Sept. 9. 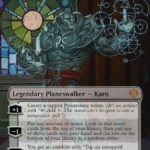 Karn is a card that will be much stronger in future sets. This card heavily synergizes with Artifacts, which aren’t the center of many major archetypes in Standard right now. However, with the coming Brothers War set, plenty of powerful Artifact cards should enter the format.

The +1 is a solid ability. It creates an Artifact and provides a source of ramp. You can’t use the mana to cast non-artifact spells, but it’s important to note that you can still use mana for activated and triggered abilities.

The -1 is hard to evaluate. It’s not the best source of card draw, but it can be powerful if you can curve out with mana rocks before Karn enters the battlefield. The Artifacts Karn creates can help pay for the -1 too. The ultimate isn’t that difficult to get to at -7. It’s a good ability that should close out the game quickly but doesn’t outright win the game like other Planeswalker ultimate.

Karn looks like it’ll fit best in a go-wide Artifact strategy that can flood the battlefield with tokens that can protect Karn. Karn will be a consistent source of Artifact generation in an Affinity shell.

It’s unlikely Karn will see significant play in eternal formats. Each ability is too slow and is done better by other cards. Pioneer, Modern, and Legacy are all too powerful for Karn to make an impact. Karn will be a useful piece in Standard and a great pickup in Limited.