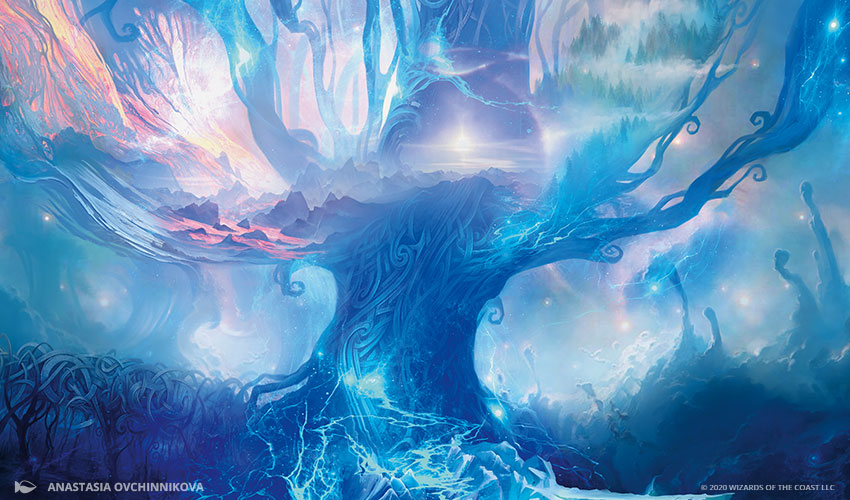 It’s beginning to feel a lot like spoiler season. Early spoilers for Kaldheim rolls on with The Week of Metal, a preview event by Wizards of the Coast where metal bands reveal new cards. Angra, Torche, Smoulder, Rhapsody of Fire, Oceans of Slumber, and Amon Amarth revealed the following cards. Official spoiler season starts on Jan. 7.

Here are the cards announced during the second day of The Week of Metal from the upcoming set Kaldheim.

The new Kaya is straight value. The -3 ability to exile a nonland permanent is excellent at hard removing a troublesome permanent. This is especially strong against the Gods from Theros: Beyond Death and Kroxa, Titan of Death’s Hunger. The plus one fuels sacrifice strategies and make the opponent’s removal worse. A fiva mana planeswalker with five loyalty is resilient and should stick around on the board. This could be a crucial piece in Esper Control decks going forward.

Sword of the Realms // Halvar, God of Battle 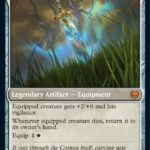 Modal double-faced equipment cards appear to be the cycle coming into Kaldheim. This is an interesting piece. The equipment side is worthwhile. It gives creatures an aggressive stat boost and incentivizes attacking because if it trades in combat it simply returns to your hand. Halvar has an interesting ability giving creatures double strike and giving the ability to shift equipment and auras around. Without indestructible like other Gods in the format this might get removed too easily. The equipment side feels like a stronger option.

This is reminiscent of Escape to the Wilds, a recently banned card from Throne of Eldraine. Four-mana draw four is a powerful effect in Boros. The lack of an additional land drop does hurt this card in the comparison with Escape to the Wilds. The second two acts of the saga should be game ending in a Limited context. In constructed play, this card could be super-charged by blink effects from pieces like Yorion, Sky Nomad.

Wizards prints another Birthing Pod style effect. In recent years there have been attempts to explore design space without creating a card as powerful as Birthing Pod. Pyre of Heroes has a similar effect, but only working within tribal synergies. Kaldheim appears to be a tribal set, so the card fits the broader theme. For Standard and Historic, this will act similar to Neoform by enabling powerful enter the battlefield combos

One of the tribes of Kaldheim is Dwarves. Magda is an aggressive lord giving other Dwarf creatures an attack bonus.. The key to this two-mana fragile creature is its activated abilities. Free spells are powerful. There’s a reason a card like Fires of Invention is banned. This effect is more narrow which should balance the power level. The two Dragons that might synergize with Magda currently legal in Standard are Korvold, Fae-Cursed King, and Gadrak, the Crown-Scourge.

This might end up being a centerpiece in Standard Elves decks when Kaldheim comes out. Elves are particularly good at generating a lot of mana and Realmwalker lets players chain multiple spells together. Dryad of the Ilysian Grove should synergize well with this card by giving extra land drops which limits the possibility of running out of steam. Being a changeling means this can fit in any tribal strategy, but elves appear to be the clearest fit.

Kaldheim releases on Magic Arena and Magic Online on Jan. 28. The full tabletop release is scheduled for Feb. 5.