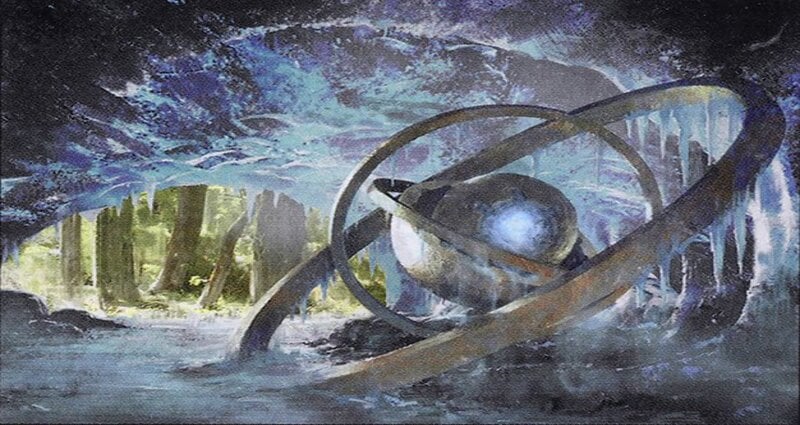 Pioneer in Magic: The Gathering didn’t see any bans during the Banned and Restricted announcement today. But formats like Historic, Modern, and Pauper did.

A large number of bans were issued by Wizards of the Coast today, removing five cards from the Historic format. Arcum’s Astrolabe was banned in Modern, along with Expedition Map and Mystic Sanctuary in Pauper. No bans were issued in Pioneer, though, despite many players assuming Inverter of Truth was on the hot seat. Instead, Oath of Nissa was unbanned.

Within the MTG Arena Historic format, a total of five cards were removed today. Three of the bans were previous suspensions that were issued in the June Banned and Restricted announcement.

Arcum’s Astrolabe was on the hot list for Legacy and Modern, receiving a ban within the Modern format today. It’s still being watched closely for Legacy. And instead of Inverter of Truth getting banned in Pioneer, Oath of Nissa was unbanned. The reasoning behind the unban was to “add power to Nykthos, Shrine of Nyx ramp decks and other archetypes that revolve around key creatures, lands, or planeswalkers,” according to WotC.

In Pauper, Tron decks have seen a rise in play via Magic Online tournaments, resulting in a ban on Expedition Map today. Mystic Sanctuary, a Blue land that was “a key contributor of negative pressure on the metagame by enabling end game loops,” was also banned.

All tabletop bans will go into effect today, July 13, as will bans and unbanned cards via Magic Online. Suspensions and bans via MTG Arena won’t start until July 16.