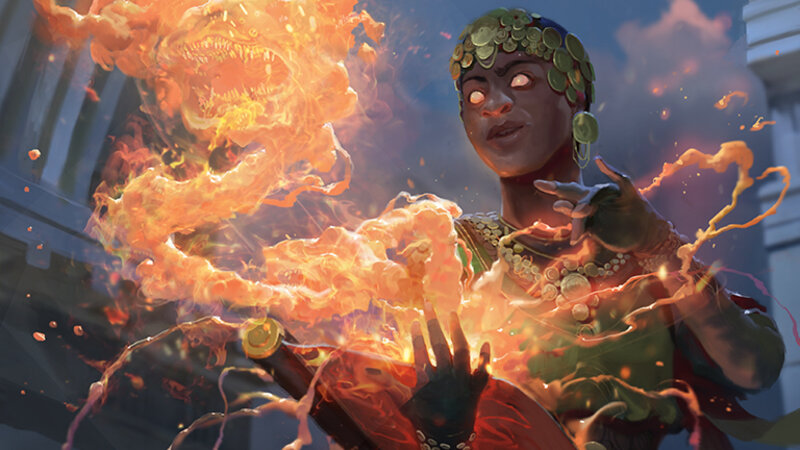 The week of Commander 2019 spoilers continues with a focus on the Mystic Intelect preconstructed Magic: The Gathering deck and Ignite the Future.

The theme for the preconstructed decks for Commander 2019 is mechanics. Using keyword abilities, each deck is constructed around one primary mechanic. In the Mystic Intelect, commanded by Sevinne, the Chronoclasm, the keyword mechanic is Flashback.

Flashback allows a player to pay a specified alternative cost towards casting a card directly from their graveyard. Once the spell is cast, it doesn’t return to the graveyard and gets exiled instead.

Working similar to Light up the Stage, Ignite the Future exiles the top three cards of a players library and allows that player to cast them until the end of their next turn. On the downside, Ignite has a mana cost of four mana (one red) as opposed to the three mana (only one red mana if using Spectacle) cost of Light up the Stage.

Ignite the Future does have Flashback, however, which allows a player to cast their exiled cards from it for free until the end of their next turn. Although, it should be noted the Flashback cost isn’t cheap (eight mana).

When combined with Sevinne, the Chronoclasm, Ignite the Future becomes even more powerful in that the commander of the Mystic Intelect deck can copy it when it’s cast from the graveyard.

The four preconstructed MTG Commander 2019 decks, and the full set releases on Aug. 19.