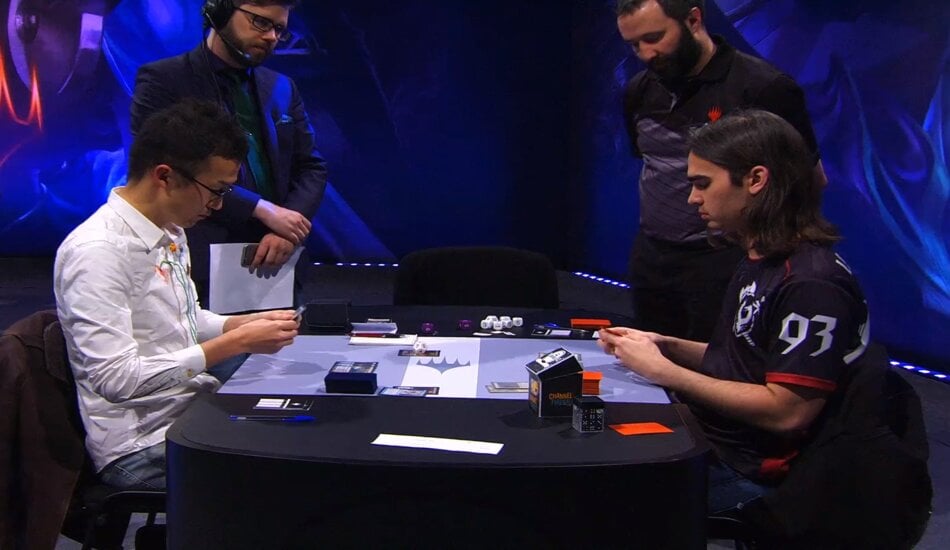 The Standard 2020 format returns to Magic: The Gathering’s main stage from Nov. 8 to 10 at Mythic Championship VI in Richmond, Virginia.

The Standard metagame in on display for the world to see once again, just weeks after Mythic Championship V. The sixth-largest Magic tournament of the year, however, is being played via tabletop and not in MTG Arena like MCV.

Mythic Championship VI will also have a much larger player base than MCV, despite it having a slightly smaller prize pool of $500,000. All 32 Magic Pro League players will be in attendance, along with individuals who have qualified via a variety of Magic tournaments from around the world.

A total of eight rounds will be played. The first three are ELD Booster Draft, followed by five rounds of BO3 Standard Constructed. Players who earn 12 or more match points will move onto day two.

A total of eight rounds will be played. The first three are ELD Booster Draft, followed by five rounds of BO3 Standard Constructed. Only the top eight will move onto the day three playoff rounds.

The top eight players will battle it out in a single-elimination best three-of-five Standard Constructed format. The first two games played do not allow players to access their sideboard cards. Starting with game three (and on), players will have access to the sideboard (15 cards) in between each game.

Mythic Championship VI will be streamed live via Magic’s Twitch channel all three days. Overhead cameras will capture the tabletop play while side cameras will focus on the players themselves.

The usual tabletop Magic broadcasting team will be at MCVI as well, covering play-by-play from the floor, conducting interviews, and breaking down the metagame from the desk.

All three days of Mythic Championship VI begin at 8am CT.

Much like the Mythic Championships played in MTG Arena, MVCI will have open decklists. Doing so allows viewers to access decklists during matches while also allowing players to construct gameplay strategies ahead of time.