Here are the MTG Arena patch notes 1.05 and updates for February

New events lead to the return of Kunoros as a pet. 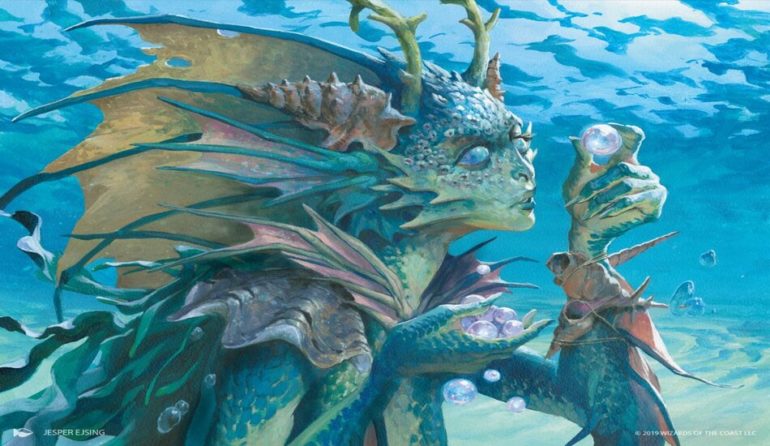 February’s update in MTG Arena isn’t a large one, but it does go into more detail regarding upcoming events and cosmetic additions.

From Feb. 14 to 17, the best Magic: The Gathering players from 2019 will gather in Honolulu for the World Championship. Magic Worlds XXXVI will be played on MTG Arena for the first time. In conjunction with the most prestigious tournament of the year, WotC is running an Arena event featuring all 16 decks that are being played.

But the Worlds XXVI Showcase is just one of several new events arriving in MTG Arena within the coming weeks.

A new Ranked Draft schedule was released in today’s update along with prices and dates for the Festival of the Gods events. The patch notes also included more information surrounding the Workshop series.

Festival of the Gods

Highlighting each of the gods in Theros: Beyond Death, there are five Festival of the Gods. Each one has an entry fee of 2,500 gold or 500 gems. But players can play the event as often as they like once the entry fee has been paid. Rewards for each of the five events will include showcase constellation styles for that god, the demigod of the same color, and another card style of the same color.

Workshop is a new series of FTP events being added to Magic Arena. Each week, players will have access to preconstructed decks. The idea behind Workshop is that it allows players to compete and play with cards that might not be in their collection.

Each week will showcase an event based on a theme.

Despite complaints resonating from the Magic community, WotC has doubled down on Brawlers Guildhall for the month of February. The event still has an entry fee of 10,000 gold or 2,000 gems and rewards players with The Gitrog Monster, originally from Shadows over Innistrad.

The Ranked Draft schedule has changed and will run for two weeks.

Kunoros has returned to MTG Arena for a short time based on demand from those in the Magic community. And Nyx basic lands are finally available in the MTGA store, priced at 3,000 gold.

Secret Lair sleeves from the first seven drops are also available, priced at 4,000 gold or 600 gems.

Here are the cosmetics that will be leaving the MTG Arena store soon:

The level 30 Mastery Pass containing a traditional Draft token has been fixed and displays correctly. Another issue where lands weren’t stacking correctly has also been resolved.

Permanents attached to other permanents are highlighting correctly when they’re being destroyed. This includes those on the stack.