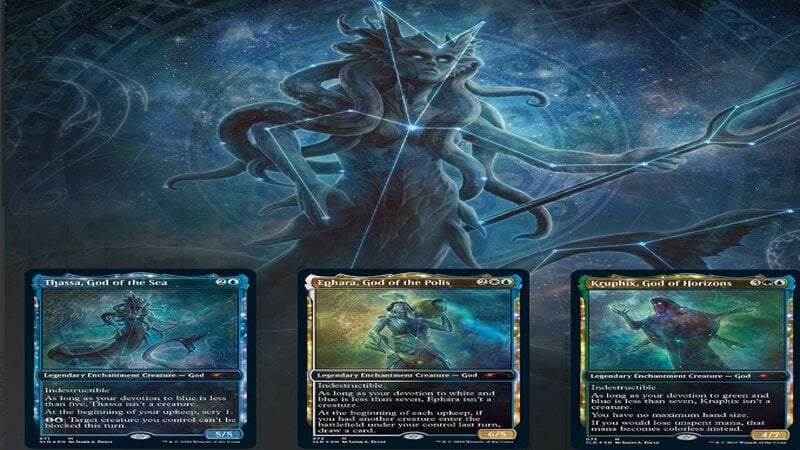 Another Secret Lair has arrived in Magic: The Gathering and it’ll be on sale during Magic World Championship XXVI.

The new Magic Secret Lair features a God theme, containing five boxes and a bundle. Each drop box contains a total of three Gods, including the Theros: Beyond Death feature God. Every card in Theros Stargazing was illustrated by Jason. A. Engle.

Players can purchase a Secret Lair Theros Stargazing box or bundle via a special WotC website. But the site isn’t time or information friendly.

Consumers are immediately placed in line and can’t view the site until it’s their turn. Once they’ve entered the site, players only have 10 minutes to make a decision or risk waiting in line once again. Estimated wait times for the Theros Stargazing Secret Lair drops have been around four to six minutes.