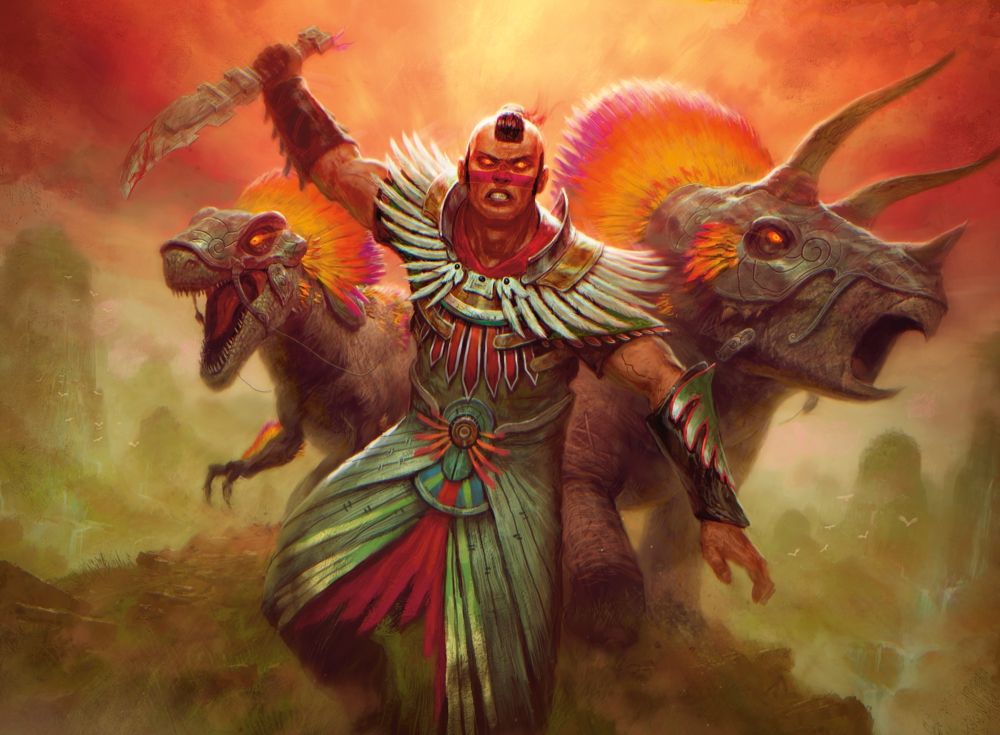 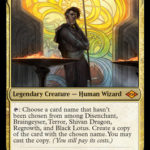 With the release of Modern Horizons 2, Wizards of the Coast continues to experiment with card designs with unique planeswalkers, Insect Artifacts, and Black Lotus—kind of.

The second iteration of the Modern Horizons series is bringing more direct-to-Modern cards that allows Wizards to reference older cards, bring back mechanics, and shape some of Magic’s most popular eternal formats in Modern and Commander.

Garth One-Eye is representative of the experimental designs Wizards brings to Modern Horizons 2. In an article by Senior Game Designer Ethan Fleischer, the original templating for Garth allowed the player to look at the top card of their library and put a land or nonland permanent that was printed in Alpha or Beta onto the battlefield.

As the design evolved, Wizards ended up landing on this final version of Garth. This is a powerful card that will take some time to find optimal combos. Braingeyser, Terror, Shivan Dragon, Disenchant, Regrowth, and Black Lotus were all originally printed in Alpha.

Garth should play well with a combination of untap and blink effects. Look for players to try and generate near-infinite Black Lotus and Shivan Dragon copies to win the game.

Planeswalkers aren’t always useful in creature-based decks. Grist has a unique static ability that opens up plenty of options. Grist, the Hunger Tide is a creature when it isn’t on the battlefield. This means Grist can be hit by Collected Company or efficient creature reanimation spells.

Once Grist is on the battlefield its loyalty abilities contribute to a token-based aristocrats strategy. Grist wants to be used in Insect tribal, but can find use in other decks. The -2 ability is a solid source of removal. The ultimate ability is a game-ender if you can dump creatures in your graveyard.

Grist can be your commander.

Reanimation spells usually cost four or five mana. Priest of Fell Rites is a two-mana creature that can reanimate a creature on turn three, if it dodges removal. That’s a good spell that trades the ability to be hit with a removal spell for reanimation a turn earlier than the normal rate.

There is also a running theme that Priest of Fell Rites continues with adding life to the cost of abilities. Three life isn’t much for a reanimation effect. Unearth allows this card to find repeatable value.

Modular is a keyword introduced in Darksteel back in 2004. Here is the official reminder text for Modular for players that are unfamiliar with the mechanic.

Zabaz doubles up on Modular triggers and has two solid activated abilities. Giving Zabaz Flying for one White mana can make it an effective attacker. The ability to destroy an Artifact you control is interesting. It can act as a combat trick. You can destroy an artifact with Modular and move the counters onto the attacking creature for extra damage.