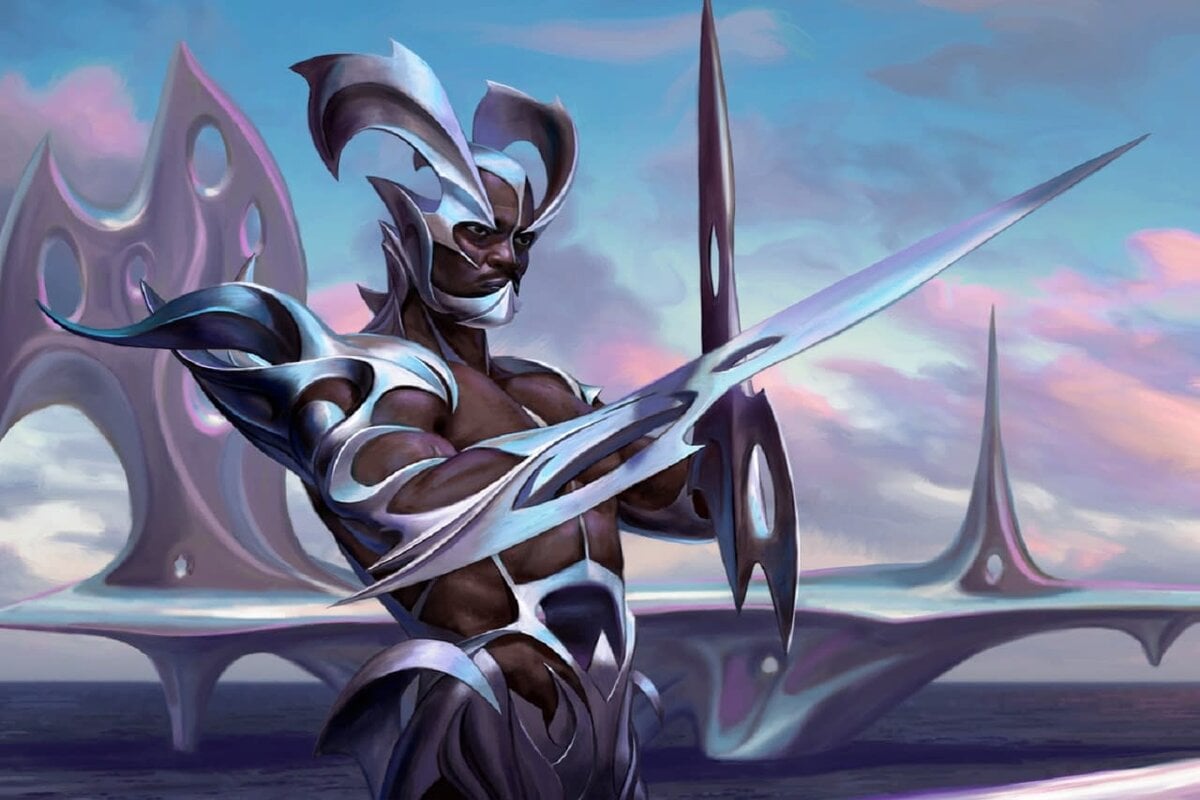 Magic Arena‘s two main eternal formats, Historic and Explorer, are set for an influx of cards as the game continues to chug along leading up to the release of the next Standard set in September.

Full card lists for Anthology will be released on July 27 with reveals happening leading up to that date.

Each bundle will cost 4,000 gems or 25,000 gold. They will contain four copies of 20 different cards included within the bundle.

Explorer was introduced on Arena in April as a format that will eventually grow into Pioneer. With the implementation of digital-only mechanics and rebalancing, Arena players were asking for a true-to-paper experience. Pioneer is a 60-card competitive format that was created in 2019.

Arena is a long way away from supporting the full Pioneer card pool, so Wizards of the Coast created Explorer. It contains all Pioneer-legal cards on Arena. The first Explorer Anthology is set to introduce 20 cards that will further support key archetypes in Pioneer. A number of the top decks in Pioneer, like Mono-Green Aggro, are only missing one or two key cards on Arena. The anthology is intended to fix this issue.

Wizards previewed three cards from the Explorer Anthology which are: Favored Hoplite; Supreme Verdict; Kalitas, and Traitor of Ghet. 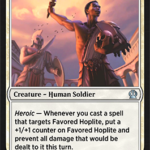 Favored Hoplite is a strong human that works well in a deck centered around the Heroic ability. Supreme Verdict is widely considered the best board wipe in Magic. This four-mana spell can destroy all Creatures and is an excellent option because it can’t be countered. U/W Control decks in Pioneer rely on this card to stave off the format’s many aggro decks. Kalitas is a powerful sideboard Creature in many black-based lists in Pioneer.

Historic Anthology releases have generally been a clean way to introduce a variety of powerful cards from Magic‘s history into Arena‘s complex and diverse Historic format. Similar to Legacy in its diversity, Historic includes an interesting array of archetypes and cards.

Three cards from Historic Anthology six were revealed by Wizards and act as an example of the way Historic brings different corners of Magic together. Go-Shintai of Life’s Origin; Tarmogoyf; and Avacyn, Angel of Hope are confirmed inclusions in the upcoming Historic Anthology. 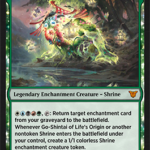 Go-Shintai of Life’s Origin was released with Kamigawa: Neon Dynasty and is a five-color Shine Legendary Creature. This will be a major addition to Historic Shrines and should become a popular commander in Historic Brawl. Avacyn is a powerful Angel that could find play in the Historic Angels strategy.

Tarmogoyf is a classic Modern powerhouse that thrives in formats with fetch lands and other spells that can quickly fill the graveyard. It’ll be interesting to see if Tarmogoyf can have a similar impact in Historic, which has very few fetch lands and lacks many of the key cards that supported it in Modern.

Wizards said that these cards with a significant history in Magic will not be rebalanced in Historic if they end up being too strong.

“If these cards cause issues, we will look to address them indirectly through live balancing or ban them if necessary,” Wizards said.