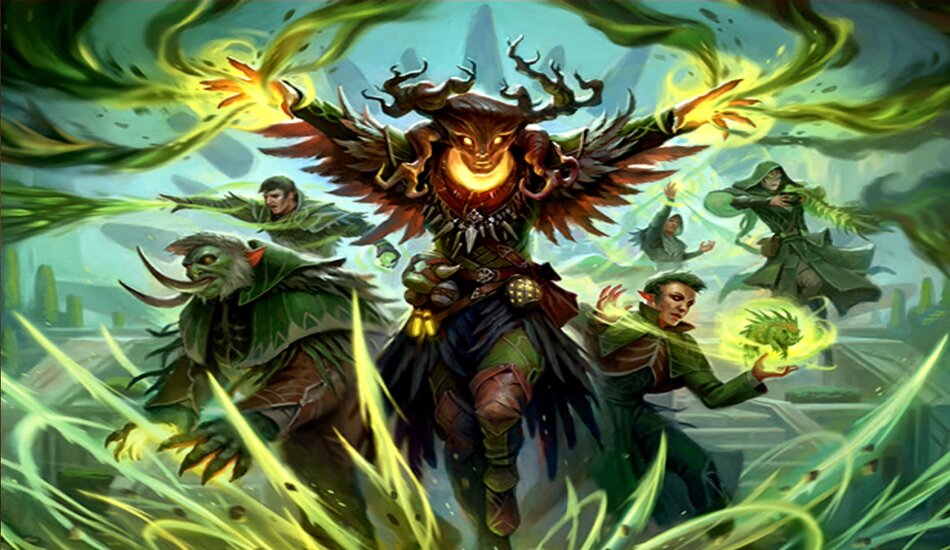 The upcoming release of Strixhaven: School of Mages via MTG Arena will have a Kasmina pre-order pack bundle, a Professor Onyx pre-order play bundle, and a number of rewards via the Mastery Pass.

School launches on April 15 with the digital release of Strixhaven: School of Mages (STX). Players can purchase two STX preorder bundles in the MTG Arena store prior to the set’s release. Wizards of the Coast has a preorder pack bundle for booster pack enthusiasts, along with a preorder play bundle that includes a Mastery Pass and Limited play tokens. Both preorder bundles are available in the MTG Arena store, priced at $49.99.

Players who purchase the Kasmina pack bundle will receive its contents following the STX patch on April 15. The preorder bundle includes the following:

Players who purchase the Iliana Professor Onyx pack bundle will receive its contents following the STX patch on April 15. The preorder bundle includes the following:

The upcoming STX set will have a free-to-play master pass called Set Mastery. Included in the FTP are 36 STX booster packs and five orbs that are redeemable on the Mastery Tree for card styles.

Here are the full contents of the STX Mastery Pass:

Players can purchase a Mastery Pass after the release of STX or via the Professor Onyx play bundle preorder. The new MTG set launches digitally on April 15 and has a tabletop release date scheduled for April 23.