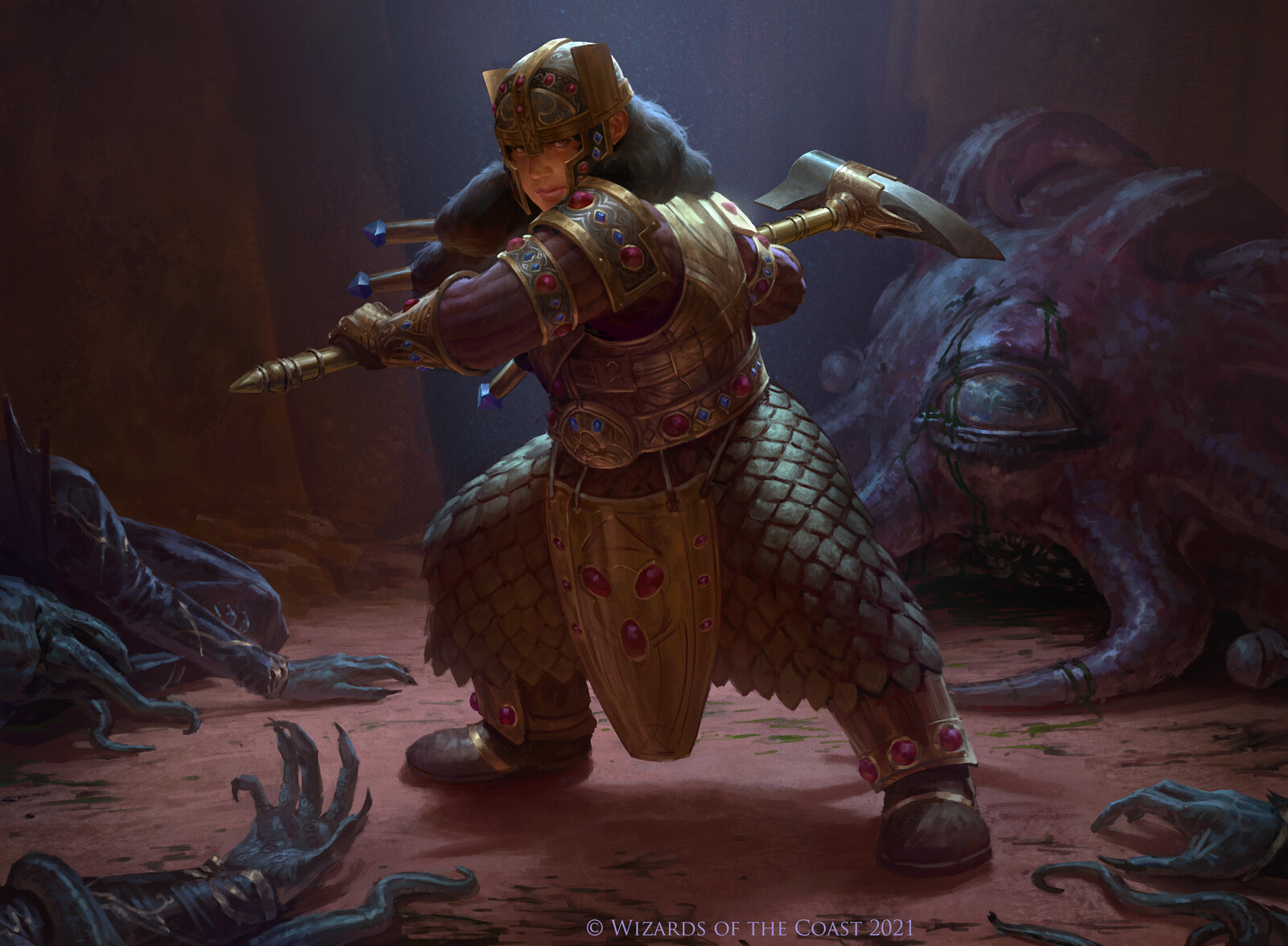 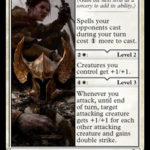 A new Enchantment type is coming to Magic: The Gathering with Class, a mix of Level-Up and Sagas that interpret Dungeons & Dragons character creation to the card game.

Each Class represents the different types of characters players can make in D&D. These Enchantments support various archetypes from Adventures in the Forgotten Realms and other standard Magic strategies.

Classes cost one or two mana and require further investment to gain additional effects. The first Class revealed was Barbarian Class, which allowed players to roll at advantage. On the second and third levels, the Enchantment made your creatures better at attacking. The rest of the Class Enchantments follow a similar line of play. There are Rare and Uncommon Classes.

Here is every Class in Adventures in the Forgotten Realms.

This Enchantment supports spellslinger strategies. The first two levels draw cards and help you ramp. These abilities help smooth out your draws and cast more spells. Level three is where most players want to get to for maximum value. For the five-mana cost, it deals direct damage to each opponent equal to the number of spells you’ve cast this turn. U/R decks can easily cast up to five spells per turn.

Everything a Rogue’s deck wants to do, Rogue Class furthers that goal. The first level rewards you by exiling the top card of an opponent’s library if a creature you control deals combat damage to them. Level two gives your creatures Menace, making it easier for them to get in for damage. Level three is a powerful ability. It lets you play the cards that were exiled and spend mana of any color to cast them.

This isn’t the rapid mill that some Rogues decks are looking for but the added value of casting your opponent’s spells and giving your Creatures Menace is excellent.

The R/W Class helps most Equipment-based strategies. The card is a two-mana tutor for any Equipment in your deck. That’s already a solid card. Level two reduced the equip cost by two generic mana. One of the drawbacks of these decks is the expensive costs on Equipment cards. Level three forces unfavorable blocks by making a creature block if able. R/W Equipment received some support in Kaldheim and Zendikar Rising but never saw Standard play. Fighter Class may be the card the archetype needs.

Ranger Class enters the battlefield with a 2/2 Green Wolf body. On level two, an attacking creature gets +1/+1. The Enchantment doesn’t turn on until it hits level three. It lets you cast creature spells off the top of your library. This effect is strong in creature-based decks running Vivien, Monsters’ Advocate. That card is rotating out of Standard soon, and Ranger Class may take its place.

This Uncommon card is a nice hit of incremental value. No maximum hand size is a good ability for decks focused on drawing cards. Level two lets you draw two cards. Level three is a good finishing piece for a control deck. Whenever you draw a card, you put a +1/+1 counter on a creature you control. In a deck centered around cantrips and card draw, you can create a massive Flying threat quickly.

Bard abilities in Adventures in the Forgotten Realms synergize with Legendary creatures. At level one, Bard Class gives your Legendary creatures +1/+1 when they enter the battlefield. Level two reduces the cost of Legendary Spells by R/G. Level three exiles the top two cards of your library when you cast Legendary spells and you may cast them that turn.

Bard Class will require some deck building creativity to get full value out of the card. Some kind of R/G/X list that runs a critical mass of Legendaries would take advantage of this spell. At its floor, it’s a good way to make casting your Commander better.

Mono-White Lifegain is losing a lot of pieces post-rotation. Cleric Class is a good support card that will help that archetype and W/B Clerics succeed in Standard.

Cleric Class gains you an extra life for each trigger at level one. At level two you put a +1/+1 counter on a creature when you gain life. Level three is a five-mana reanimation effect. It returns a creature from your graveyard to the battlefield and you gain life equal to its toughness.

Warlock Class helps Sacrifice decks in a couple of ways. Level one causes an opponent to lose one life at the beginning of the end step if a creature died that turn. Level two digs three cards deep and puts one in your hand and two in the graveyard.

Level three causes each opponent to lose life equal to the life they lost that turn at the beginning of the end step. This doubles up life loss effects. Warlock Class requires a lot of set up to hurt your opponent. If the game goes long and Warlock Class sticks around, it should take over the game.

The Red Uncommon Class helps with dice rolling. Level one lets you roll at advantage. That is an important effect for reducing variance. A lot of creatures will be small. This is where level two helps these decks deal damage by giving a creature +2/+0 and Menace. Level three gives your creatures Haste to get in that last bit of lethal damage.

Druid Class benefits Green-based Landfall strategies. At level one Druid Class grants you one life when it enters the battlefield. The card turns on at level two when it allows you to play an additional land on each turn. When Druid Class becomes level three, target land you control becomes a creature with Haste and power and toughness equal to the number of lands you control.

Druid Class is a sneaky way to deal lethal damage. The level three ability can suddenly deal a lethal hit when your opponent’s defenses are down. At two mana, this Enchantment is worth consideration in ramp decks.

Monk Class rewards players for playing multiple spells in a turn. The first level makes the second spell cost one mana less. Level two bounces a nonland permanent. The third level is where this Enchantment shines. At the beginning of your upkeep, you exile the top card of your library and are able to cast it as your second spell.

U/W Flying or Jeskai Control could take advantage of the value and card advantage within the card.

Silverquill decks in the upcoming Standard will love Paladin Class. The first ability taxes opponent’s spells that are cast on your turn. This is a strong ability against control decks. Level two buffs creatures by +1/+1. Level two is worthwhile in a deck looking to run evasive threats.