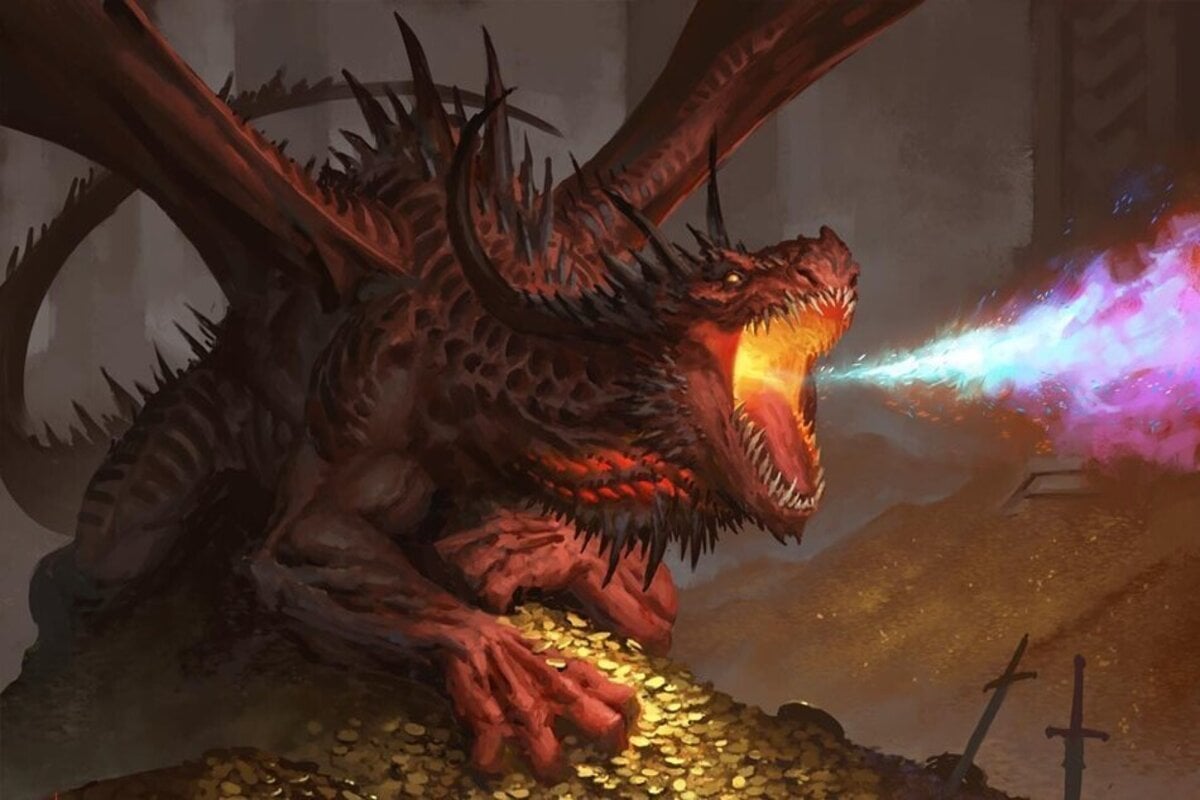 Magic: The Gathering’s latest set, Dungeons & Dragons: Adventures of the Forgotten Realms, is littered with flavor—and its five uncommon dragons are no exception.

While each has a basic name, the mono-colored flyers come with their own unique enter-the-battlefield (ETB) triggered ability, complete with the flavor word “breath.”

Costing between six and seven mana, each dragon requires two of their indicated color to be summoned despite only having four to five power and toughness.

These dragons won’t rock your opponent the same way that the mythic legendary dragons in the set will, but in the uncommon slot, they might be suitable cards for turning the board state in your favor late in a game.

Here are the five chromatic dragon cards in MTG’s Dungeons & Dragons: Adventures in the Forgotten Realms.

White Dragon’s “Cold Breath” ETB ability is precisely what an experienced MTG player would expect from a White card.

For six mana, this 4/4 flyer will help you control the battlefield when played on curve. In terms of color pairings, it could work well in an aggressive Red-White deck and just as easily perform in a more defensive Blue-White deck.

Costing more than the other dragons, Blue Dragon has a control-style ETB trigger similar to White Dragon. But instead of only targeting one creature, it targets three.

Taking away a maximum of six total power from your opponent’s board state until your next turn can protect any creatures you decide to attack with, assuming you play it during your first main phase.

Additionally, it will restrict your opponent’s ability to swing into you with a powerful crackback attack on their turn afterward.

Black Dragon’s ETB will be used as a form of removal more often than not, but it can only take out creatures with three toughness or less.

Compared to other dragons, this one has slightly less value due in part to its cost to power ratio. Seven mana for a 4/4 flying dragon is justifiable given its Acid Breath, but it’s not as strong as other chromatic dragons.

Red Dragon doesn’t have the same level of utility as other chromatic dragons. But in a deck that’s looking to win quickly, Fire Breath will help you win the race.

While other chromatic dragons do more to manipulate the board state, Red Dragon simply crunches your opponent’s life. But in hyper-aggressive decks, this will likely be the finisher that you’ll want to end a game by turn eight or nine.

AFR doesn’t have any pure board wipe cards in it. For that reason, Green Dragon, when used in an appropriate combo, will have high value in a limited setting.

Destroying any of your opponent’s creatures that are dealt damage will come in handy late in games. But if you try to play Green Dragon on curve, you’ll have to depend on your board state to benefit from the ETB trigger.