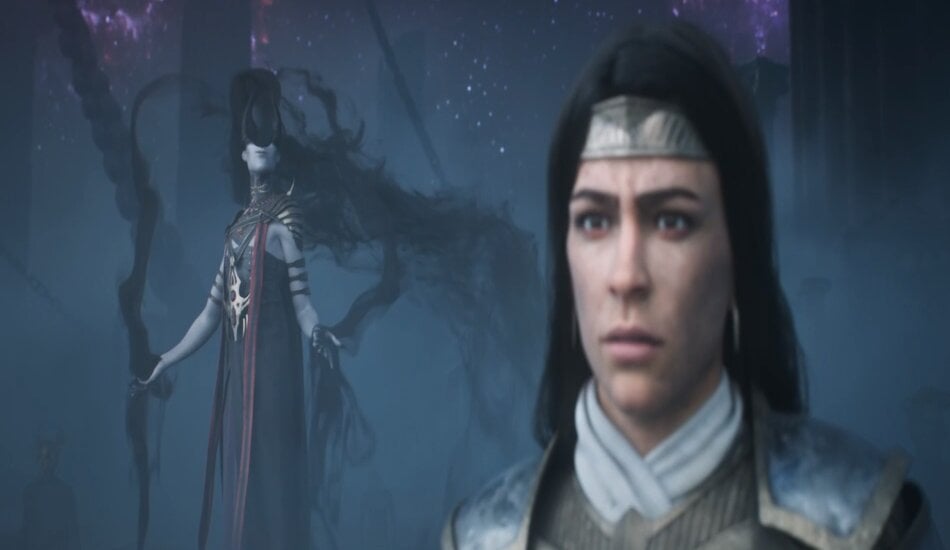 Screengrab via The Game Awards https://www.twitch.tv/thegameawards

Hyping up the new Theros: Beyond Death set releasing in January, Wizards of the Coast dropped the official trailer at The Game Awards tonight, as well as a new event in MTG Arena.

Several Theros: Beyond Death (THB) cards were revealed yesterday, followed by the sets trailer at the Game Awards tonight. And contained within the trailer was a surprise: an image of the Artifact, Black Lotus.

Showcased at the end of the THB trailer was the infamous Black Lotus Artifact. And it’s playable in MTG Arena via The Game Awards after-party event, Ashiok vs. Elspeth.

Players can earn up to three THB booster packs with three wins, and there’s no entry fee to participate in the Ashiok vs. Elspeth event. Booster packs will become available to open upon the release of the set on Jan. 16.

Despite the excitement surrounding a possible return of Black Lotus, it appears the card is strictly being showcased in the MTG Arena event and is not included in the THB set.

Theros: Beyond Death releases on Jan. 24 and via MTG Arena on Jan. 16. A pre-release for the upcoming set is scheduled for Jan. 17 to 19.