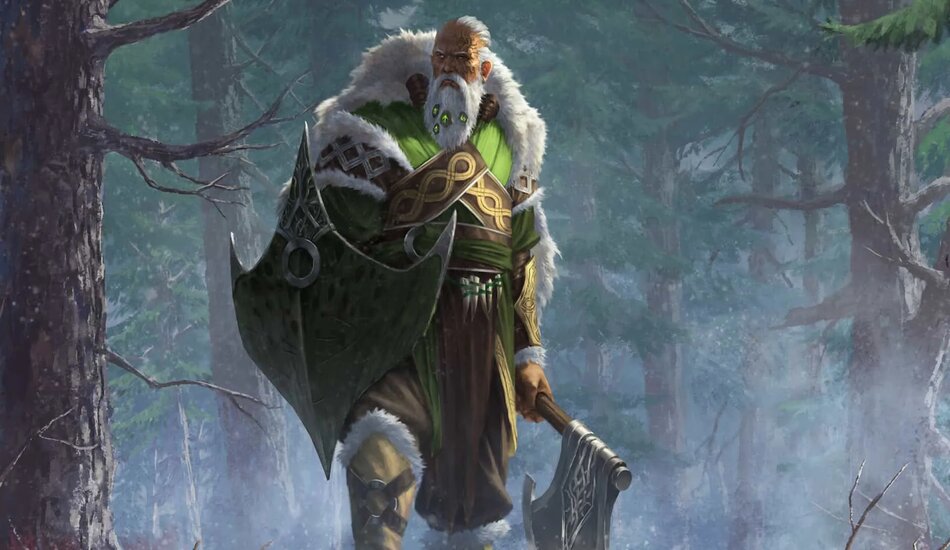 The release of Kaldheim in Magic: The Gathering has provided a number of new tools for Deathtouch tribal decks.

Deathtouch decks in MTG Standard aren’t a new concept, having used Golgari and Jund colors in the past via Vampires and Elves. The digital release of KHM on Jan. 28 brought the tribal theme back to Standard Constructed utilizing Poison counters as a win condition with Fynn, the Fangbearer.

From budget BG and Jund to competitive, here are three KHM Deathtouch tribal decks to rank up the MTG Arena ladder with.

Crafting a budget Deathtouch tribal in KHM best-of-one Standard is relatively easy to accomplish. Poison Nightmare is a build that requires only four Rare and two Mythic Rare wildcards to build. Players can also add Darkbore Pathway to make a total of eight Rares. The KHM Deathtouch tribal deck utilizes Fynn, the Fangbearer as a win-con in conjunction with Hooded Blightfang.

Polukranos, Unchained is the Mythic Rare, serving as an alternate win condition following a board sweep. Boneyard Lurker Mutates onto smaller creatures for a bigger punch or can Mutate onto a Flyer for bonus evasion damage. Fetid Imp and Vengeful Reaper attack in the air while Mire Triton helps fill the graveyard, synergizing with Boneyard Lurker and Polukranos, Unchained.

Foulmire Knight is a cheap one-drop option that can draw cards while Boot Nipper and Grimdancer provide additional value through Menace, Lifelink, or Deathtouch.

Played by Bernhard Texler in the PrediMTG Community Clash, this Deathtouch Aggro build won against Golgari Planeswalkers, mono-Green Tokens, and Orzhov Lifegain. It utilizes Poison counters via Fynn, the Fangbearer, in conjunction with legendary power-hitters like Questing Beast, Vorinclex, Monstrous Raider, Chevill, Bane of Monsters, and Egon, God of Death. Much like the budget Golgari deck, it also takes advantage of Foulmire Knight/Profane Insight, hooded Blightfang, and Mire Triton.

Able to take advantage of a sideboard in best-of-three, Texler included Wilt and Ram Through as additional removal options. Two copies of Duress are also included, along with two Cling to Dust and one Heartless Act.

Created by PowrDragn, his budget KHM Jund build is an evolution of previously played Deathtouch tribal decks played in Standard. Similar to the competitive sideboard list by Texler, PowDragn includes four copies on Ram Through in the main deck as a primary source of removal. He also utilizes Foulmire Knight as a cheap one-drop, Fynn the Fangbearer as a possible win-con, and Hooded Blightfang for free damage.

Two copies of Chevill, Bane of Monsters, and two copies of Varragoth, Bloodsky Sire are in the build, along with four copies of Nighthawk Scavenger. Inscription of Abundance pumps or acts as removal while Porcuparrot turns creatures “into a shotgun,” according to PowrDragn. Zagras, Thief of Heartbeats was another unique addition, providing destruction towards planeswalkers when dealt combat damage and Haste/Flying/Deathtouch upon entering the battlefield.

Copy each of the full decklists above to import in MTG Arena. A tabletop release for KHM is scheduled to take place on Feb. 5. A digital launch for MTG Arena and MTGO took place on Jan. 28.