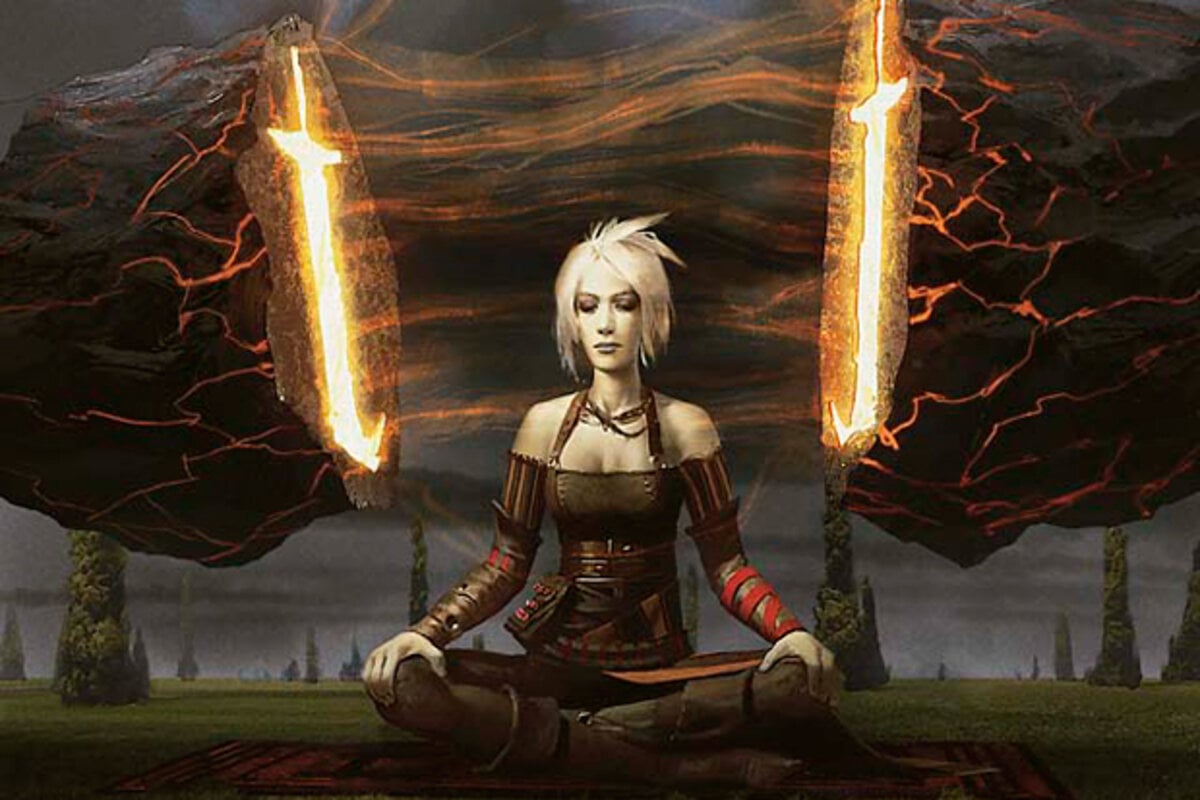 The cat creature type continues to improve within Magic: The Gathering with the addition of Lion Sash, an Artifact Creature that’s also Equipment.

Similar to the MTG card Scavenging Ooze, Lion Sash gains a +1/+1 counter when it exiles a permanent from any graveyard. The cat is a huge win for Legacy and Modern players, with cards like Stoneforge Mystic that can tutor it from the library to hand upon entering the battlefield.

Lion Sash also has potential within the Standard format, able to exile threats from an opponent’s graveyard while pumping its own stats. Cards with Flashback are still prevalent within the Standard meta. Lion Sash might not replace Sungold Sentinel as a two-drop, but it has the potential to work alongside the human soldier within a Mono-White tempo build. And its ability to attach to a creature during the late game stages through Reconfigure can easily end games.

Players can test out the power of Lion Sash across multiple MTG formats with the global launch of NEO on Feb. 18 and the digital release on Feb. 10.