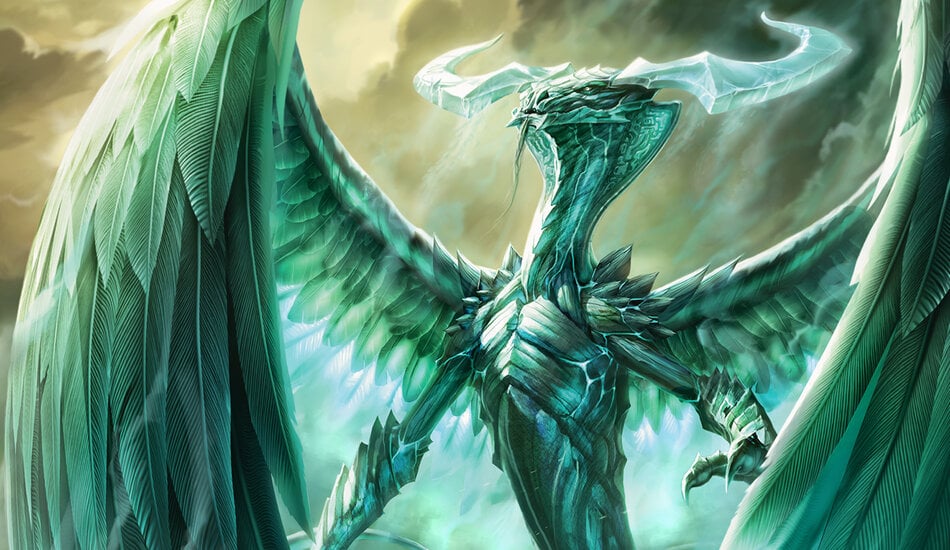 Core Set 2021 releases on Magic Arena tomorrow, but some of the community’s top streamers are diving into the new set a day early.

With 274 new cards entering standard, some of the best brewers are finally testing their prerelease strategies. Here are some of the highlight cards in standard from day zero of Core Set 2021.

First printed in Fate Reforged, Ugin, the Spirit Dragon enters a standard environment with faster, more efficient ramp compared to his initial 2015 release. Ugin is generally seeing play as a top-end finisher for Bant Ramp, one of the meta’s best decks. Cards like Whisperer of the Wilds in 2015 don’t hold a candle to the ramp that’s available now. Uro, Titan of Nature’s Wrath and Growth Spiral provide card draw and ramp. Once Nissa, Who Shakes the World comes out, Ugin isn’t far behind. Oppressive control pieces Teferi, Time Raveler, and Narset, Parter of Veils keep you alive until you have eight mana to cast Ugin.

Streamer LegenVD messed around with a Bant Ramp deck without Nissa, opting for Ugin tribal by adding Ugin, the Ineffable. But this deck didn’t end up being highly competitive. The combo of the two Ugins locks down the board effectively but will need a better shell to succeed.

Selfless Savior is the good boy of the set. It’s the cutest card in the set and is seeing play in a variety of decks that focus on protecting a key creature. The doggo’s ability allows it to sacrifice itself to make a creature indestructible. Similar to Dauntless Bodyguard but with one less power, Selfless Savior makes up for it by giving any creature indestructible, not just another creature chosen on ETB.

The one drop is seeing play in low-to-the-ground aggro decks like Lurrus and Boros strategies. But most players will include Selfless Savior in cat and dog tribal strategies, which received support in Core Set 2021. Streamer RandomTuesday showed Selfless Savior’s worth in her tribal deck where the dog protected Rin and Seri, Inseparable, a key legendary creature.

Cheap removal in black will always be good. Eliminate destroys a target creature or planeswalker with three CMC or less. Yes, it hits Teferi, Time Raveler and Narset, Parter of Veils. For most players, that’s all it needs to do. At two mana, it also disrupts early aggression from mono-red.

The face of Core Set 2021, Teferi’s new card isn’t as busted as his Dominaria and War of the Spark iterations. But it’s still a strong card that will see play in Standard to some degree. Teferi, Master of Time isn’t immediately powerful but the incremental value he provides seems to slot well into standard. His +1 is a simple looting ability but being able to activate it at instant speed means he can dig three cards deep in a turn cycle.

Teferi is getting tested in the standard Bant Ramp shell and is seeing some play in Jeskai or Izzet decks looking to take advantage of Teferi enabling draw payoffs like Irencrag Pyromancer or getting Arclight Phoenix into the graveyard.