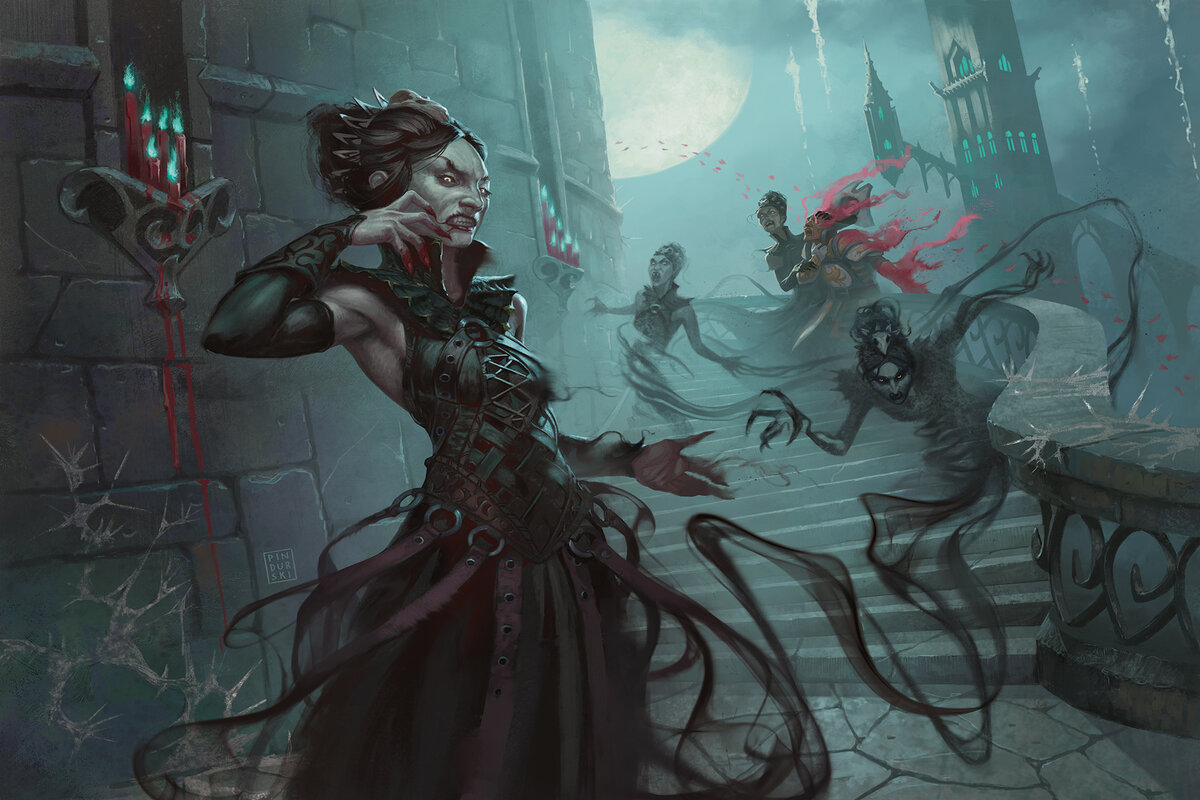 Magic: The Gathering’s Innistrad plane is all about the tribes based on Gothic fiction that call the land home. From vampires and werewolves to zombies and spirits, sets like Crimson Vow have numerous tribalistic synergies.

So it only makes sense that to combat these synergies, Wizards of the Coast also created cards that specifically counter some of those tribes. For this reason, Crimson Vow has a cycle of five uncommon mono-colored tribal hate cards.

While most are instants, there’s also one tribal hate card that’s a creature and another that’s an enchantment.

Each of the cards has some amount of general utility that isn’t associated with tribal hate, but they all provide added utility or come at a lessened cost when used against cards that are a specific tribe.

All five of these uncommon spells are mono-colored and provide hate for a tribe that’s present in an Enemy on the color wheel.

Here are each of the tribal hate spells in Crimson Vow.

The White tribal hate card is the lone enchantment of the cycle. For two mana, the enchantment exiles a creature with a converted mana cost of three or less.

As far as constructed is concerned, this card will work well against aggressive creature-based decks in formats like Modern and Historic. In limited formats, the general lack of enchantment removal that is mainboarded will make it a useful removal spell.

The tribal hate against vampires is fairly underwhelming, though. In constructed formats, you likely won’t play against many, if any, decks that trigger your lifegain. In limited formats, players will seldom have multiple copies of whatever you exile, making the lifegain trigger practically worthless.

Lunar Rejection is a Blue tempo card and cantrip. Bouncing a wolf or werewolf and drawing could be especially powerful in limited. And with a Cleave that allows you to bounce any creature, you should be able to effectively set your opponents back a turn if they spend a lot of mana to cast a high mana-cost creature.

In constructed formats, this card will likely be unplayable because of the general lack of werewolves and wolf. For Lunar Rejection to have value, you’d need for it to be played at its four-mana Cleave cost, which is too expensive in many situations for a simple bounce spell that cantrips.

Parasitic Grasp is effectively a poor man’s version of Lightning Helix, except in Black. In limited formats, it will be especially useful against human decks if those end up being highly played. And even if they aren’t, it will be a serviceable removal option with a Cleave cost of three that lets you deal three damage to any creature.

Due to the power of other removal in Black, however, you probably won’t see this card in constructed matches ever.

Rending Flame is the only instant in the cycle that doesn’t have a Cleave cost. Instead, it just gives players extra utility for targeting spirits in the form of direct damage to your opponent’s face.

Being able to target creatures and planeswalkers, the three-mana spell will be a mana-efficient removal spell in limited. But in constructed formats, the spell will be outdone by significantly more powerful spells like Unholy Heat.

The spirit hate that Rending Flame provides will likely only be a minor bonus for players going up against spirit-based decks in limited formats.

Sawblade Slinger is the only creature among the uncommon tribal hate cards. For four-mana, the Green creature doesn’t provide immense value on its face, being 4/3.

Additionally, its enter-the-battlefield trigger is extremely conditional on your opponent having an artifact or zombie out.

Because of how expensive the card is and the conditions required for it to provide value, it shouldn’t see any constructed play. It likely won’t be especially powerful as a limited card, either.