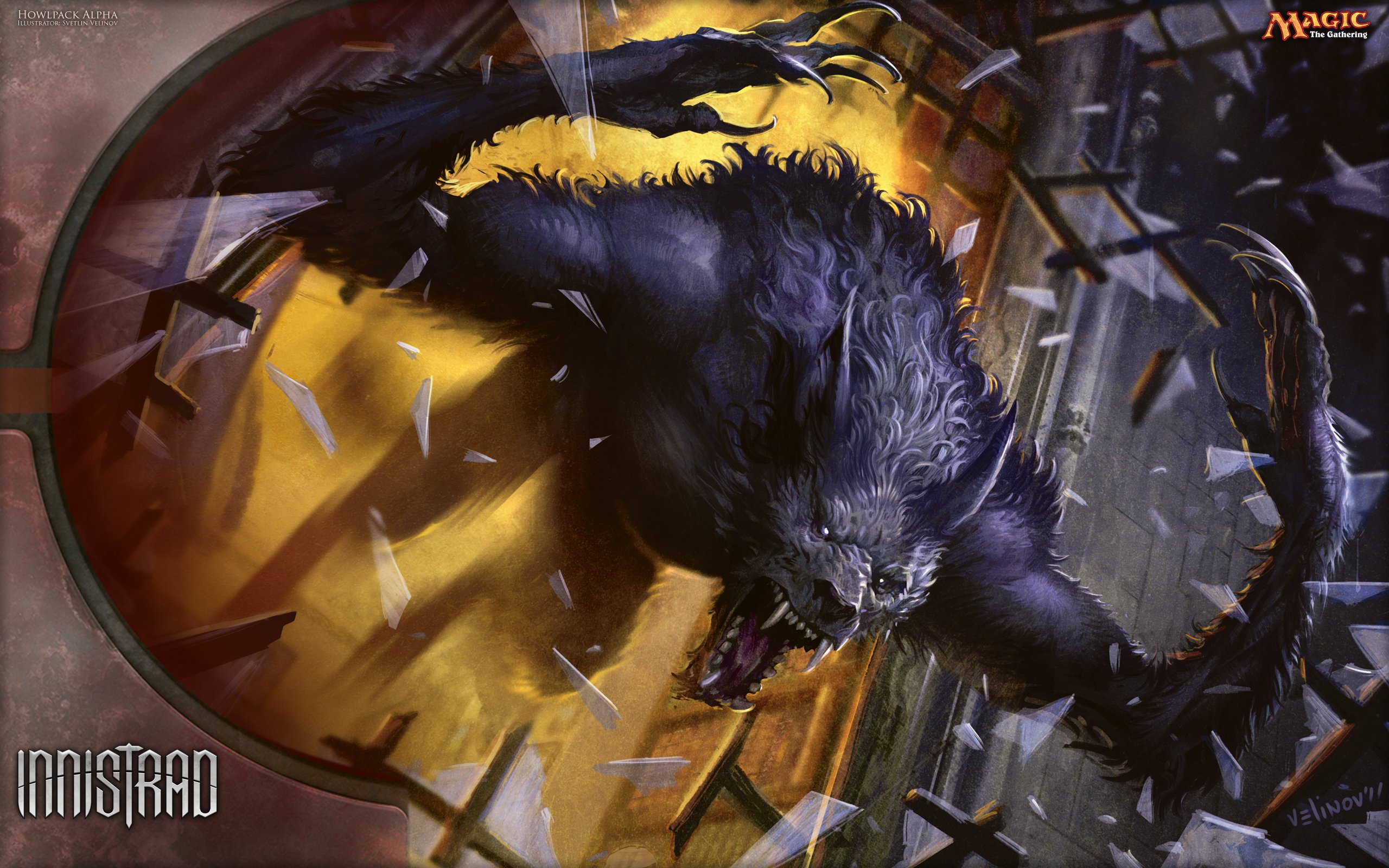 Werewolves are one of the flagship creatures of MTG’s plane Innistrad, and for the game’s latest trip to the plane, all five colors are receiving a transforming Werewolf creature.

All five of the creature cards are rare Humans that transform back and forth between their Human and Werewolf forms via Daybound and Nightbound triggers.

All five of this set’s rare Werewolves start out in their Human form and have a Daybound trigger that turns them into a Werewolf if a player does not cast any spells during their turn. The Werewolf can then be turned back into a Human if a player casts multiple spells during their turn. These triggers activate at the beginning of the turn following the action that triggers them.

The White Werewolf creature can take over a boardstate against players who lack the appropriate removal. Its enter-the-battlefield trigger of exiling an opponent’s creature is reason enough to play it.

Add in the fact that you can transform him back and forth to exile more creatures during following turns, and this card will get annoying very quickly in a limited setting.

With a power and toughness of one, Suspicious Stowaway doesn’t seem imposing, but getting his cantrip ability online can be useful in a limited setting.

Meanwhile, when he transforms, what was a cantrip in his Human form turns into pure draw power and card advantage.

Black’s Werewolf card comes in with respectable base value of 3/3 for just three mana, and his attack trigger will wreak havoc on decks that want to use this set’s plethora of cards with flashback.

On the opposite side of the card, the werewolf only gets more powerful in both his ability, power, and toughness. Meanwhile, the ward cost of discarding a card only adds to how strong this creature will be in limited settings.

The Reckless Stormseeker will be a driving force in aggressive limited decks that look to play a creature every turn, and if you get the chance to transform it, you will only be more powerful.

It will take a specific type of aggressive deck to make use of this Werewolf in draft or sealed matches, but if you’re lucky enough to open this card early, it might be worth crafting a deck around.

The Green Werewolf might be the most expensive of all the rare Werewolves, costing six mana, but it will prove to be a bomb in limited. Just by casting the card in the first place, you will get 10 power and 10 toughness divided between three bodies on the battlefield.

Without even transforming this huntmaster, any player would want to take this with their first pick in a draft. But if you’re lucky enough to transform it into its Werewolf form, you’ll be able to control your enemy’s boardstate with an activated “fight” ability.